Dayton has been advocating for LGBTQ rights since high school, when she did a complete 180 away from her upbringing and founded an alliance group. Since then she has remained vigilantly aware of the social and political issues facing her closest friends. She dreams of removing those obstacles, one article at a time.

We all have expectations for our kids. Of course, we encourage them to be whatever they want to their face. Your daughter can totally be the next pop sensation — who cares if she's tone deaf? Your son definitely has a career in pro gaming ahead of him. That's an easy job to break into. For the most part, we recognize that there might be some reality checks along the way, but we support their dreams! Because one of our many, many jobs as parents is to support our kids.

So then why do so many parents clam up when their kids come out as transgender? If we're willing to support our kids through the most improbable dreams, why can't we support their real identities? If something like feasibility doesn't stop us, why does gender? Do we just not know how to to be supportive, or are we just unsure of the entire situation?

No matter the reason, this moment of indecision or misplaced anger couldn't come at a worse time. You are one of the most important figures in your child's transition. Chelsea Williams, who has been a part of the LGBTQ community for years now since her fiancé is transgender, says that "parents can make or break their child's life . . . They can really make or break the transition."

Ahead, I'm gonna walk you through the entire process to make it as simple as possible. That way, you'll have absolutely no excuse for not supporting your child 110 percent.

What to Do When They First Come Out

This section can serve one of two purposes for you. It'll either prepare you for this conversation should your child ever come out as transgender, or it'll tell you exactly how you should've acted, if you feel you might have already made a mistake.

Now, you'll either be shocked or you won't when your child first comes out. Maybe you'll have a sneaking suspicion for a while, or maybe you'll be floored. If it's the latter, try and put your own feelings aside for just a moment, because these next couple minutes are crucial. It's more about them than it is about you.

Realize that if your child has approached you about being transgender, this is something they've given a lot of thought to.

Realize how difficult it has been for your child to confront you about this issue. They are baring a part of themselves for your acceptance, aware that you might reject a core part of their identity. You want to avoid doing that at all costs. Even if you are confused or disagree with them, do not reject them. Assure them that you still love them no matter what and do some research after the conversation.

If, after you've done some research, you still disagree with your child, understand that this is not something that you will ever be able to "argue" your child out of. I'll try to avoid making this a political or religious issue; just realize that if your child has approached you about being transgender, this is something they've given a lot of thought to. Rejecting the idea of their identity means rejecting your child.

What to Do Immediately After

First, ask what pronouns they'd like to go by and if they want to go by a different name. Their birth name might be gender neutral, or perhaps it has a special meaning in your family. This can be one of the hardest things to wrap your mind around. After all, you named your child; you picked that name for a specific reason. But your child is picking a new name for another, yet still valid, reason. Respect their choice; it's not a reflection on you as a parent!

(It'll take some practice to refer to them by their new name and appropriate pronouns. That's okay. They're probably expecting that and might have gone through something similar with their friends. Believe it or not, you probably weren't the first person your child told, especially if they're older.)

Next, be ready for a major style upheaval. They've probably always had a preference for one side of the traditional gender spectrum over the other, but now they can be overt about it. Trans boys might want baggier clothes, a trans girl might want more dresses. There are clothing exchanges you can participate in if you're not ready to purchase a whole new wardrobe.

It won't just be their clothes that change, though. Their hair, their shoes, and the smell of their deodorant may all change drastically. In fact, they might ask if they can change up their room. One of the best things you can do to show your support is to help them with these transitions. Redecorating your kid's room can be as simple as focusing on compatible color combinations, but don't just assume that boys like blue and girls like pink. There are affordable ways to redecorate. Get your child's opinion on it; even if you can't afford to redo their entire room, asking them their opinion on a specific pillow or comforter will show that you care.

Your child is still the same as they've always been, just freer.

Although constantly staying supportive is important, understand that not everything about your child will change. It can be easy to assume that everything about your child will flip, but that's not the case. Krispin Keyes, Williams's fiancé, advises parents to "remember that your child is still the same person they always have been." Adding, "My personality and interests haven't changed, just my name and pronouns." They might want a pink room, but still play football; they might want to cut off their hair, but still sing in choir. A person is not just made up of their gender — it is certainly a part of them, but that is not the whole package. Your child is still the same as they've always been, just freer.

How to Handle the Nitty Gritty

You want to reduce your child's gender dysphoria, which is a severe discomfort experienced when gender identity does not match up with outward physical appearance. Raising a teenager is always a challenge, but raising a transgender child through puberty is especially trying. There are a variety of options to reduce your child's gender dysphoria. If they haven't yet gone through puberty, at least pursue hormone blockers. Some changes resulting from puberty are extremely difficult to reverse.

On the other hand, if your child is already a teenager, there are alternatives. Some transgender men chest bind, some transgender women will stuff their bras. However, many eventually pursue hormone replacement therapy (HRT). This is an option that you may want to discuss with your child. Their decision to engage in HRT does not reflect how "really" transgender they are. Many transgender people decide not to pursue HRT or sexual reassignment surgery, but that doesn't mean that they were faking it or weren't serious about their transition.

Whatever their decision, do your research on some health hurdles. Chest binding can lead to uncomfortable rashes that you should know how to treat; HRT obviously drastically changes your child's body. Be prepared for mood swings, times two! Additionally, HRT and hormone blockers require a prescription; your child will likely require a diagnosis of gender dysphoria from a therapist. Check your local laws and talk to your family pediatrician/physician. 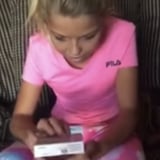 Regardless of specifics, you need to be supportive. Many parents see coming out as a way to get attention; it's not. Others see it as a phase; it's not. Still others see it as the death of one of their children; it's not. That is the attitude that Keyes's parents once adopted. "I'm not dead," Keyes says. "I'm just their son now."

Your child is still your child, and it's your responsibility to love them no matter what.

Your child is still your child, and it's your responsibility to love them no matter what. You might face different hurdles than other parents, but with patience, love, and this article, you are well-armed for the task. Especially given the uphill battle they'll probably face politically, professionally, and socially, they need you. Be understanding, be supportive, and be their parent.

It shouldn't be that hard.

Product Reviews
I Started Waking Up With a Sunrise Alarm Clock, and I Feel So Much Better
by Charlotte Grainger 1 day ago