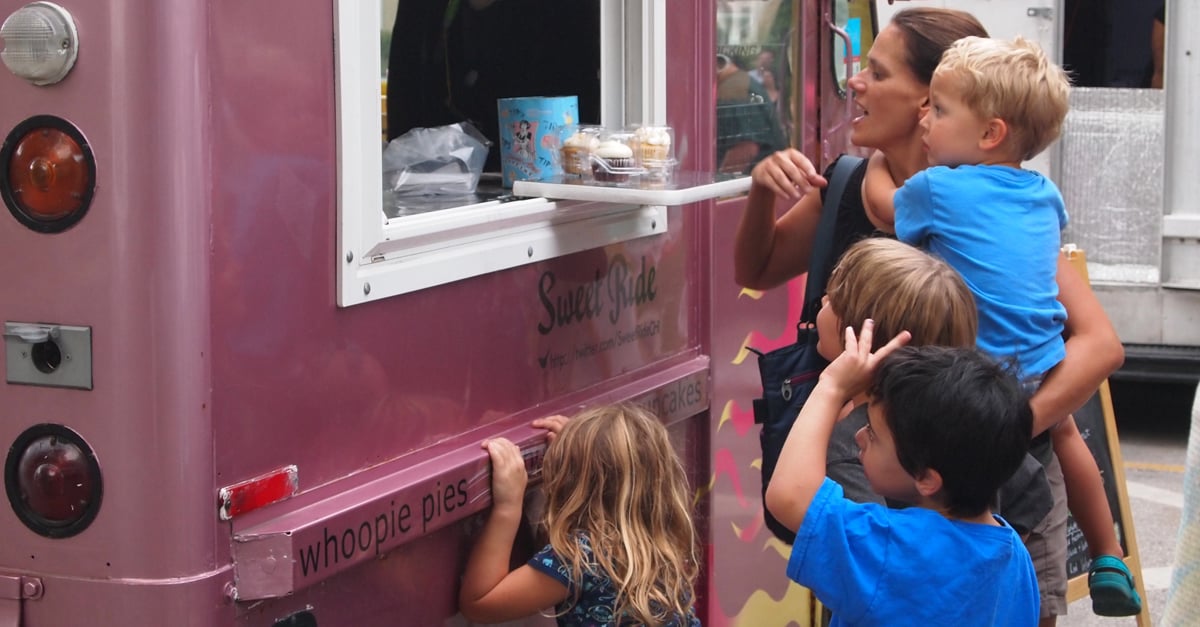 I'm sure we all think about that point; when the majority of the whining is over, when the tantrums turn to teenage silent treatments, and our hardest task is getting the kids to put down their phone, instead of stopping them from tossing pancake-syrup-covered dishes against a wall. When the quiet descends.

There's a point in every mother's life when we think that is never going to happen. When we think the chaos will extend until the end of time.

But it does happen. It has happened. My youngest is 13 now.

Silence has descended — for the most part. In between the pleas for clothes, makeup, and hair dye (which often come via text message, by the way), silence has left me thinking about what I've missed. And I have a confession.

I was the mom who left her kids at home.

I was the mom who picked out back-to-school clothes and supplies with no input from the one they were bought for.

I was the mom who would rather grocery shop at 3 a.m. than midday, with the kids in tow.

I was the mom who dined out alone, or not at all.

I was the mom who lived her life in fear of judgment.

Now I'm a mom who regrets that.

You know, teenagers are just as annoying out in public. They talk too loudly and inappropriate words flow from them like water from hoses. They can be rude, and God help you if you look at one of them the wrong way.

Yet that behavior is accepted by society. No one has ever approached me after one of my teens blocked an entire store entrance, just for the perfect selfie, and asked me why I didn't leave them at home to do my shopping.

I didn't get publicly scolded when one picked up a banana in the produce section and attempted to re-create proper condom placement, as learned in health class ("Just practicing, Mom!" Wink, wink).

No, no one suggested I go it alone from that point on.

You don't see stories on the internet, or Facebook postings, of me crying in my car because some stranger said something about my teen's behavior that broke my heart.

Instead we save our criticism for the most vulnerable. The parent with three young kids and a full shopping cart. The parent with a baby in a stroller and a 2-year-old playing hide and seek among the coat racks at Burlington. The mom who is trying to grab a quick bite, and feed her kids, maybe even spending some quality time coloring on thin paper with broken crayons at IHOP, when that pancake-syrup-covered plate hits a wall. When their kids are being kids.

We save our hits for the most vulnerable, who probably haven't had more than four hours of sleep in a row since half-past never.

Yet these parents battle on. Sometimes brought to tears we don't see because they wait to reach the safety of their cars. Sometimes vowing to themselves to never, ever take their kids out in public again. Then they get up and do it again the next day. They have to.

These parents have balls that I never did.

I want you to know that I see you, and that I am watching and cheering. While I'm hissing at my teens to move, or put down that banana, I am admiring. I am wishing I'd had your balls.

While I'm sitting kid-less at IHOP because my teens were too busy for a meal with Mom, I'll be watching wistfully while your beautiful boy screams bloody murder as he hurls his pancakes at the wall.

I'll be sitting there, wishing I'd grown a pair.