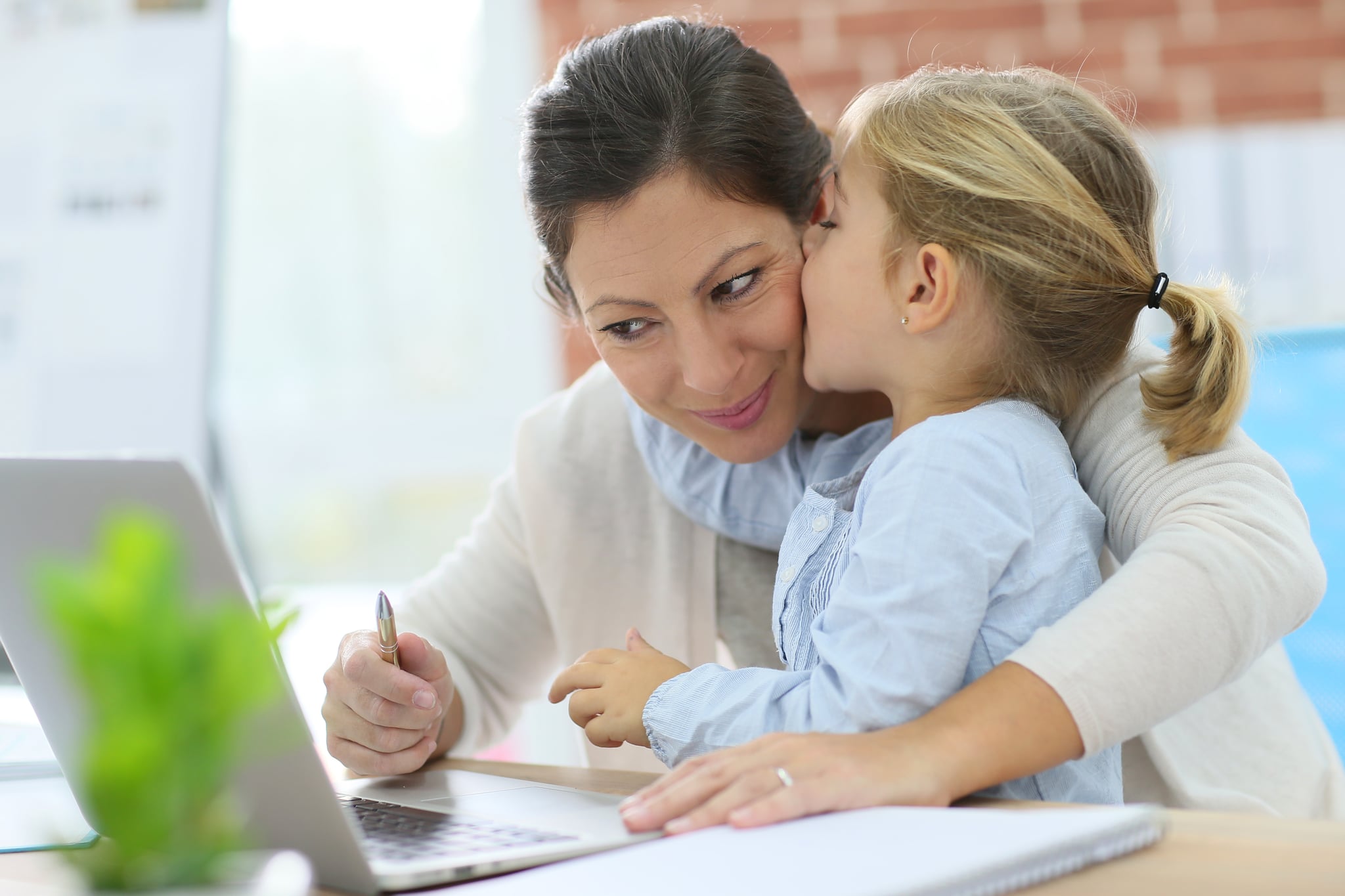 As a working mom, your childless co-workers may or may not have thought this about you as a working parent and co-worker.

It's not that your childless co-workers aren't awesome — they are! — or that they don't like kids (they may or they may not!) but that from time to time, they think you get perks that are unfair thanks to your status as a mom.

1. How Come She Gets Flex Time?

I am of the school of thought that companies should offer flex hours, whether you're a parent or not. I understand that not everyone may deserve that privilege, but if employees are stuck to their desks and jobs 24/7, eventually, they will quit. Burnout is not pretty, and if you are a working parent, you know how hard that work-life balance is. Everyone needs it.

But when you are offered flex time in order to attend to a child, your childless co-workers might resent you or feel it is unfair. They may never really understand what it's like to rush home to that "other much-loved job known as motherhood," unless they have kids themselves. Just think about the childless woman who wants maternity leave because apparently, moms, it's very relaxing!

Who would have known? Your kid duties are seen as a sign of getting out of work when, really, it's just doing a different type of work. I understand having kids is not for everyone, but for those of us who do it, having a workplace that works with us matters.

When a promotion comes up, your childless co-workers may wonder if you are up to the job change and increased duties simply based on the fact that you are a mom who has other priorities. It's not fair, and I am sure there are certain fields in which this happens less than other fields, like teaching, in which there are many working moms at bat, but it does happen.

3. Can't She Just Hire a Babysitter?

Yes, we hire babysitters, nannies, preschools, before-and-after care, and then some to provide for our kids while we are working. With that said, however, we did have children to see them now and then. Not to mention, the expense of care is sometimes greater than the money we get from our jobs. It is a constant battle of weighing pros and cons. Besides, you won't have many available caregivers during snowstorms and other scenarios. And as a mom, don't you simply want to be there for those special moments our kids might have that fall into the hours of 9-5? Of course, let's also be frank that work hours now go beyond 9-5, and many places stay open later. I worked at a start-up that closed at 7 p.m. or later. How is that possible for a parent?

4. She Gets Off on Not Doing Work

When you are working from home with a sick child or because it's a snow day or maybe you're working flex hours, your childless co-workers may think you're doing, well, nothing.

The fact is typically working from home means working after hours, waking up early to do work, and multitasking between child and work. It's often more work, and not less, with none of the perks of the office like quiet environments and peaceful bathroom breaks.