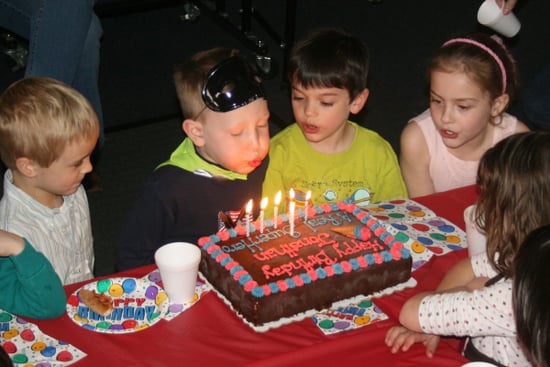 When it comes to birthday party etiquette, the question of whether to invite or bring along siblings is a common topic on Circle of Moms. Moms planning parties often want only the invited guests to come, while moms on the other end wonder what to do when child care is needed for the siblings, or how to explain why they can't go. If you, too, are wondering what to do when siblings aren't invited to birthday parties, then Circle of Moms members suggest you consider the following three guidelines on birthday party etiquette.

Most Circle of Moms agree that the most important guideline is to not assume siblings are Invited. Erin E. explains: "Unless it's a family member's party where usually the whole family is invited, or a close friend's, siblings are not counted."

For starters, the host may have child care and budget constraints for the party. For instance, Shirley L. says she invited 15 kids from her daughter's first-grade class to a pay-per-child jungle gym birthday party. "I budgeted for this, the food, and treat bags. As the RSVPs are coming in, everyone is asking to bring at least one sibling, and some two extra siblings to join; it now has tripled in price."

Similarly, Jennifer M. recalls when she hosted her son's fifth birthday party at Chuck E. Cheese's last year, uninvited siblings showed up and she was even chastised for not being inclusive enough. "I had parents coming up and asking where their other kids' tokens and goodie bags were. Why didn't we get enough pizza and soda for everyone? Maybe they didn't realize we were paying for each kid, or maybe they just think we're made of money, but I was really shocked," she says. "I ended up divvying up the stuff I'd brought for my kids so every child had something."

Even when the party is at someone's home or at a park, it's still a bad idea to bring uninvited siblings, because there might not be age-appropriate activities for extra younger or older children. Lauren S. adds that it's not the host's responsibility to have a "backup" activity, like coloring books or board games for extra kids.

Moreover, there may not be adequate adult supervision for extra siblings. Circle of Moms member Jennifer A. says she would never dream of showing up with her six kids to a party that only one was invited to, because she's been in a position of having to turn uninvited children away. She recalls she once hosted a pool party and invited eight children, but pool regulations required one lifeguard for every 10 children. "One mom showed up with her four kids and two that she was babysitting," and she was told to go home. "If I know there are other kids in the family, and they will have something to do, and not cost me buckets extra, I invite them," she emphasizes. "Most of my friends and family do the same. But if it's not specified, they are not invited!"

Sometimes it's even dangerous when parents bring uninvited siblings to birthday parties, Erin E. adds. At a recent party her 5-year-old was invited to, "some of the other parents brought their other kids along with them — younger and older — and stayed for the whole party," she says. "One of the older brothers (I am thinking he was 10 or so) even pushed the guests who were all 4 to 6 years old out of the way to get the full-size candy bars from the pinata (and his mom praised him for getting the candy)." Erin says this has happened at other parties, as well.

2. Ask Permission and Offer to Pay
Keeping in mind the party planner's potential constraints, Circle of Moms members say there are still cases where it makes sense to call the host and ask permission to bring a sibling.

For example, if you are asked to attend a party with your child and would need to get a babysitter for another child, moms like Julia D. say it's OK to bring the other sibling along. "While it's rude to show up with a child who you didn't include in the RSVP, it is equally rude [for hosts] to expect a gift and for the parent to pay a babysitter to watch an uninvited siblings at home. "I only have one child, but I have had parents ask if they could bring a sibling and I have always obliged," she says.

Jill S. agrees, admitting that as a single mom she is sometimes forced to bring her other children along to a party when the host requires her to accompany the invited child. She recommends calling the host to explain the situation: "I would call in advance to RSVP, and I would explain that if I came, I would have to bring my son and that I would pay for any extra costs incurred by that child. I would also make it clear before we went that the child who was not invited was not to get a treat bag unless offered one, so there would be no asking for it," she says.

Jill's actions reflect another important piece of advice from Circle of Moms members: if you've gotten the go-ahead from the host to bring an extra sibling, then offer to pay for any additional costs resulting from the higher head count.

The host of a party can help convey this cost information in the invitations, as well, Annabelle R. says. On her child's birthday party invitations, she states "siblings welcome" or adds a "clause" with information to parents on pricing "so parents know in advance that I am not 1) paying for them or all of their kids, or 2) babysitting all their kids while they go do whatever." Jennifer M., too, includes information for siblings in her son's birthday party invites. "I've included an insert in the invites saying we encourage families to join in the fun, but since we are paying per guest (at Chuck E. Cheese's), that if siblings attend, please come prepared to provide them with tokens and drinks; pizza and cake will be provided for everyone."

3. Use It as a Teaching Moment

When it's possible to avoid bringing uninvited siblings to a birthday party, then Circle of Moms members suggest that parents can use the situation as a teaching opportunity. Molly M. says when one of her twins goes to a birthday party, she always takes that opportunity to have one-on-one time with the other. "Yes they are twins, but they are also individuals and should be making friends and experiencing life without the other sometimes," she adds.

Vesna V. agrees, recalling how when her daughter was 3 years old, her 6-year-old son started school, met new friends, and started getting invites to other children's parties. "[My daughter] would sometimes get really sad because before, all the invites to their parties and vice versa were mutual friends of various ages, and the parties were adjusted accordingly." But when her son started going to parties solo, Vesna embraced the opportunity to explain to her daughter that when she grows up she will also have her friends who he doesn't know, and that it would be out of place for him to attend parties with her friends. "I know that it's sometimes hard to take one child and leave out the other(s), but if the event takes place indoors, then it's usually a mall or a similar place where you can take your other children by yourself and entertain them for a period of celebration."

In a similar vein, Nete N. says that parents can use the situation as an opportunity to teach their children about pursuing their own interests. "Just be careful the one left behind doesn't feel like he/she is the 'one kid singled out on the playground not asked to join the fun,'" she cautions.

Circle of Moms member Eldris agrees, noting that it's healthy for siblings to learn to be different from each other. "You really need to use this as a teaching experience," she says. "It's unhealthy for [children and twins especially] to think [we are all] equal in life. This is not how life works, and they will need to learn that. The earlier the better. [Even] treating twins as individuals is the best gift we can give them as parents." 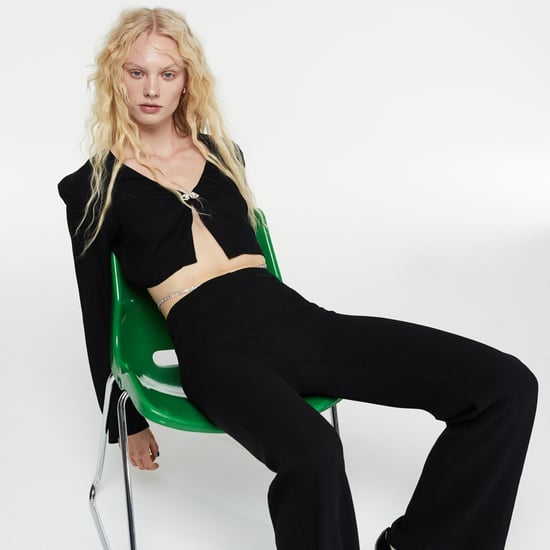 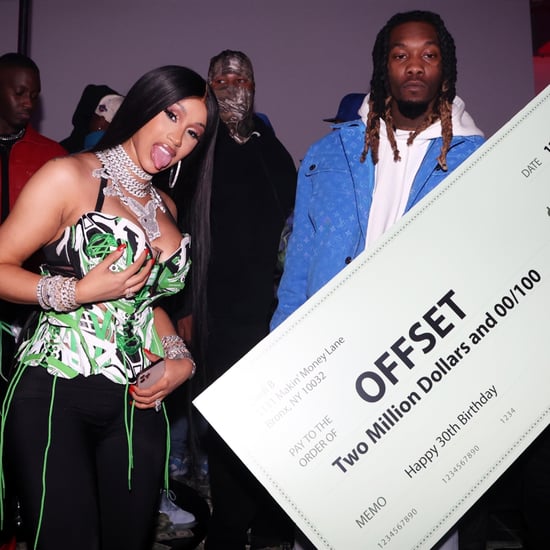