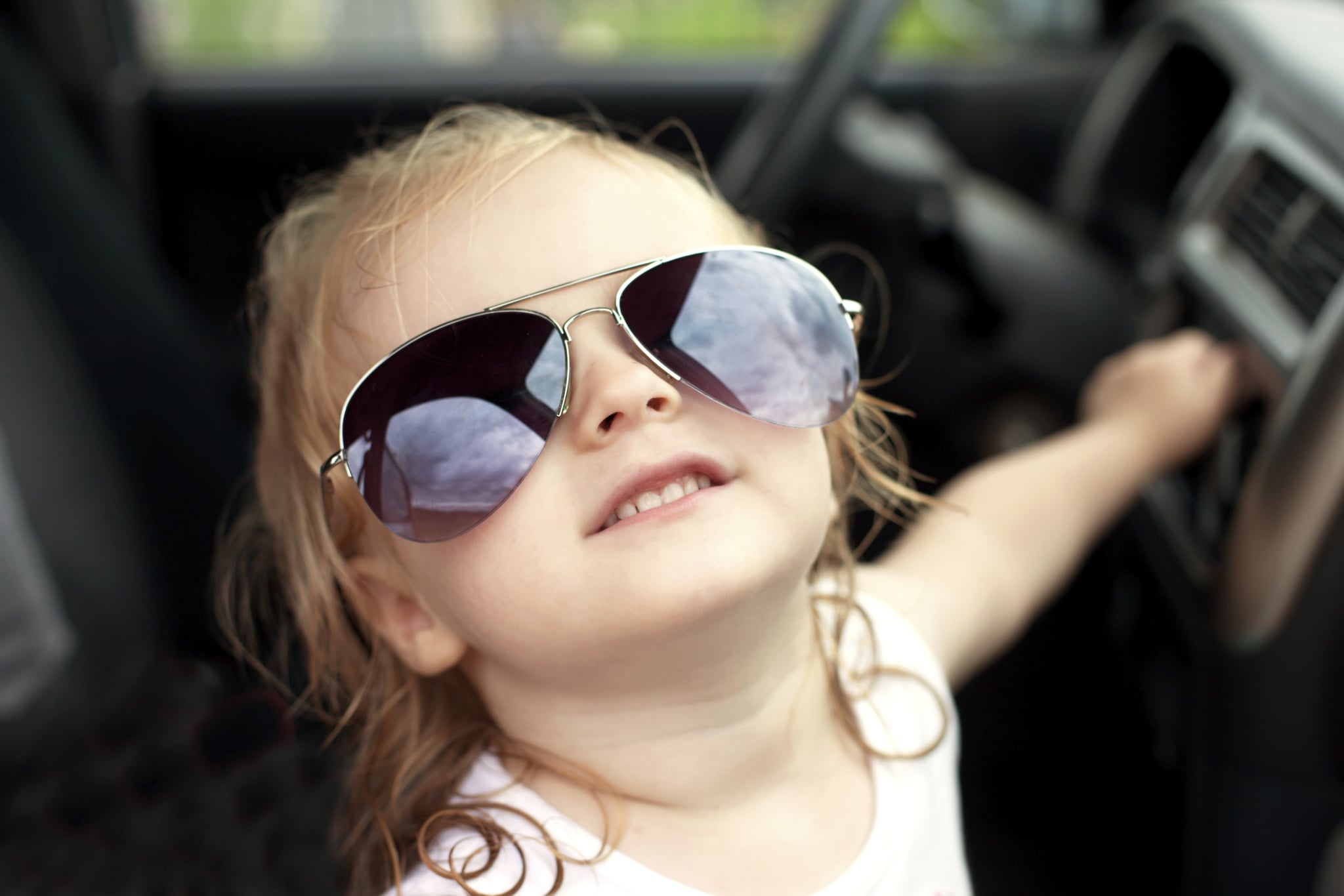 It's normal for kids to express an interest in riding in the front seat of the car in the years leading up to teen-hood. But with parents in online communities referring to the front seat of a car as a "suicide seat," "death trap," or "child killer," as a reader named Charlie P. reports, it's no wonder the first response of many moms is a resolute "no." So when does it become reasonably safe to allow your child to ride up front? POPSUGAR readers share their experiences ahead, but you should always consult your state's child restraint laws.

General reader wisdom says children should not ride in the front of the car until they are about 12 or 13 years old. As Kelly B. explains, "What people don't understand is the reasoning behind why kids shouldn't sit in the front seats. They just are not big enough [before 12 or 13]."

"Even if he's properly buckled in, he's at much greater risk for being harmed by objects intruding into the car in the front than in the back. What's more, in cars with passenger air bags (which includes most newer models), the car's frontal air bags deploy with such force that they can cause severe head and neck injuries to a child," she shares.

Brandi C., a mom who works in medicine, confirms these rationales with an eyewitness account. As a medical worker, she reports, the hardest thing she ever saw was the aftermath of an accident involving a 7-year-old "who wanted to ride up front with daddy to the store" and who had indeed been riding in the front seat: "They were rear-ended, and because of the child's size, he slipped under the seatbelt and under the dash, [and] died instantly. Since then, I have always carried that with me, and have chosen that my son and stepkids will not sit in the front seat until they are teenagers."

Some passenger safety organizations, such as SafetyBeltSafe U.S.A., take concerns like Brandi's one step further and suggest children continue to ride in the back seat until they are ready to drive themselves.

Related:
8 of the Best Car Seats, From Infant to Convertible

2. When State Laws Say It's OK

Some states have specific child-restraint laws and laws that spell out the rules regarding children riding in the front seat, offers a member named Talisha. The National Highway Traffic Safety Administration has information about choosing the right seat for your child in the car. The laws can be very specific about what age, height, and weight a child must be to sit in a front seat.

3. When No Other Seats Are Available

State laws are typically accommodating, letting a child who normally would not be allowed to sit up front to sit next to the driver if there are not enough safe rear seats in the vehicle, such as in a pickup truck, Sherri C. says. She notes that she had to let her oldest start sitting up front at age 9, when she ran out of seating in the back of her car. "With four car seats [already] in the back, he didn't have a spot to fit in," she explains.

4. When Air Bags Are Turned Off

If you do place your child in the front seat, Kelly B. suggests checking to see whether your car's air bag has an on-off switch or taking your vehicle to the car dealership so that it can be disabled, and Brandy S. provides more details:

"Most two-seat cars and pickup trucks sold these days either have a switch that allows you to manually turn off the air bag, or they have 'smart' air bags that detect the weight of the body in the passenger seat and will automatically turn it off if the body does not weigh more than a certain amount. In certain scenarios, you may be able to take your vehicle to the dealership and have them deactivate the air bag if your vehicle does not offer other air bag-off options for placing a child in the passenger seat."

The National Highway Traffic Safety Administration maintains a list of companies that install airbag on-off switches, Kelly adds, although she says parents need to get permission from that government organization before installing such a switch. And "if your passengers have all moved out of the car-seat phase, your biggest or tallest passenger should ride in the front seat, and [you should] move his seat as far back from the dashboard as possible," Kelly says.

Whatever your circumstances, the most important consideration, say many moms, is safety: if you're not comfortable with the idea of moving your child up front, don't cave in. A member named Kelly suggests buying some time by getting a high-back booster seat and installing it in the center of the back seat so that your child can more easily see and talk to you without having to sit next to you. As RenaFaye N. reminds, your most important consideration should be safety: "A child's safety is more important than what she thinks she wants."

Related:
A Mom Is Urging Others to Keep Kids in Their Booster Seats After Her Son Was in a Car Accident
Image Source: Thinkstock
Tweens And TeensLittle KidsParentingHealth And SafetyCar Seats
Around The Web

Tweens and Teens
Laura Sobiech on Seeing Her Son Portrayed in Disney+'s Clouds: "Music Is What Saved Him"
by Murphy Moroney 5 days ago