This honestly isn't meant to be a knock on men. Yet the truth is that moms tend to accept an autism spectrum disorder diagnosis a whole lot more quickly than dads.

I'm not quoting statistics in stating that, although I am sure somewhere out there some do exist. No, I am speaking from personal experiences, both my own and those of friends and acquaintances whose children have been diagnosed.

Thanks to the honesty and openness of posters in various threads in the Autism/Asperger's/PDD Awareness community, my theory that mom pulls her head out of the sand much faster than dad does seem to be a common story.

Here is just a sampling:

"My son was diagnosed at 26 months and his dad refused to believe it," shares Amber W.

"I am so sick and tired of these fathers who refuse to accept that their children have neurological disorders. Painfully, it would be easier for them if your child had a life threatening illness like cancer, or diabetes, because then they can comprehend it," laments Sheila D.

"Mothers seem to be the first to be able to accept their child's diagnosis. Fathers and extended family are usually a lot slower and find it more difficult, maybe it's because we have no choice but to pick up the pieces and do what our child needs us to do," posts Amanda S.

"My husband refuses to accept that my son has any issues other than some mild development delays," posts Becky M.

"My husband doesn't think my son has a problem. He thinks that Tyler just doesn't care about anything or anyone and just needs firmer discipline," writes Lindsay. "How can I help my husband so we can help my son?"

How can I help my husband so we can help my son?

That is the million dollar question.

Here are some priceless answers to it — obviously, easier said than implemented — also coming from moms posting on various threads in the Autism/Asperger's/PDD Awareness community.

"Maybe get some medical person to explain things to your husband," suggests Cassandra J.

"Your husband sees the same child you do, so try to make sure you can use examples of things you know he has witnessed and why they are related to your son's (or daughter's) condition," advises Beth B.

"I started printing symptoms and signs for him to read and he started seeing that is was more than just being stubborn and misbehaving," shares Thomasine H.

"Your best bet is to print out the shortest, most direct, most detailed piece of info you can find which describes your child. Hand it to your husband and tell him calmly to read it," posts Jeannette C.

"Give him time to come around. He might not show it but it is painful for a father to admit there is something he cannot protect his child from," writes Amanda S.

In my case, each of the above pieces of advice has played out in one shape or another.

Coming to grips with Ian's status on the autism spectrum wasn't easy for either of us. But it was indeed me, his mom, who recognized early on that something wasn't quite "normal." Perhaps that was because as the mom at home, I was with him more. And I was propelled into immediate action when I learned that the earlier we intervened, the better.

The initial vagueness around Ian's diagnosis as PDD-NOS (Pervasise Development Disorder Not Otherwise Specified) instead of Asperger's Syndrome right off the bat did indeed frustrate my husband. It was a whole new and very foreign world for him. What do all those letters really mean? How is this fixed? Both of those questions, which he raised repeatedly, demonstrated his lack of patience for the many vagaries surrounding autism. If something was wrong, he wanted to be able to fix it, and the reality that Ian's cognitive disorder couldn't be cured, only mitigated (by teaching him coping skills) frustrated my husband's need to make everything alright for our family.

He is not alone in this need.

"Having a child on the spectrum is a scary unknown that can't, at this point, be 'cured'", writes Amanda B. in the Autism/Asperger's/PDD Awareness community.

"They (men) try to fix it, ignore it and hope it goes away. Anything to make it not true," states Leslie L. in the Mothers of Children With Tourette's community. (Tourette's Syndrome often is a co-diagnosis with autism.)

This was true of my husband. I don't know if he didn't want to believe the diagnosis or if he simply didn't want this diagnosis to be true. I shamefully admit I was too occupied processing my own feelings and seeking help for our son. Either way, my husband's head went deep in the sand. But an amazing social worker finally yanked him into the open air of autism reality, where he took the first of many deep breaths.

I remember that day well. He was anxious when Ian's caseworker came to our home. She patiently went over mounds of paperwork and outlined various programs. When Bob blatantly and very vulnerably asked if Ian would ever be cured, she looked him straight in the eye, didn't bat an eyelash and said, "No, he will have autism all of his life."

It hurt to watch the wind go right out of my husband's sails. He knew then and there that the things I'd been trying and failing to communicate for the past several months were true. I wanted to shout, "See, I told you so, I told you so. Why aren't you listening to me? Do you get it now? Are you going to get on board or what?" But I didn't. At least not right then.

A few days later said social worker made a follow-up phone call. She told me I should be patient with my husband's response. Let him process in his way, she told me. In the meantime, I needed to be the strong one for our son. It's just the way it is, she told me. Moms carry the heavier emotional burden when a family faces autism or any special need for that matter.

I've seen this scenario play out in many other families. Friends of ours, for instance, who had three girls and were finally expecting a boy. The dad's dream — of a burly son to rough and tumble with, to follow in his footsteps — was set to be realized. Then the diagnosis came. Not only a form of autism, but also Fragile X, a chromosomal deficiency in which genes responsible for intellect are unable to produce the protein necessary to support typical cell development. In most cases, it leads to some level of mental retardation. As this played out for their son, the parents discovered that two of their daughters have spectrum disorders as well.

Some time later, I ended up seated next to the father at a potluck. I asked how he was doing. The unhidden pain in his eyes told me all I needed to know. I took a deep breath and hoped my soul could muster up more patience than I initially had for my own husband's denial. I shared with this father as gently as I could that if he mourned the loss of what he hoped for in his son, he could then fully embrace who his son truly is and celebrate the boy's milestones as he shepherds him to adulthood.

The good news is that once a dad is on board the good ship Autism, he's a fearless captain. Note, I did not say a hearty crew member. The reality is that the swabbing of the deck, the hoisting of the mast and securing the anchor is still left up to mom. But dad does become an excellent captain steering the ship into port where supplies and a little rest and relaxation are obtainable.

It didn't happen the way I wanted it to, but my husband has become an advocate for Ian in a way I never expected nor could accomplish myself. He doesn't respond to Ian the way I do, but he's able to set appropriate expectations, and often provides the firmness and structure that Ian's cognitive disorder requires and that I find more difficult to muster.

Did my husband accept the diagnosis as quickly as I did? Positively not. Does he understand Ian in the same way I do? Nope, not even similar. But he sees nuances I don't. He took the shattered glass of our dreams and fashioned it into a kaleidoscope that reflects things mine never would.

Babies
Shawn Johnson's Advice to New Moms on Formula Feeding: "Don't Stress About It"
by Murphy Moroney 21 hours ago

Family Life
In My House, Every Night Is Date Night, and It's Easier to Do Than You'd Think
by Stephanie Henderson Snyder 2 days ago

Babies
A Mom Listed All the Things She Wished She Knew Before Having Kids: BRB, Printing This Out
by Murphy Moroney 1 week ago 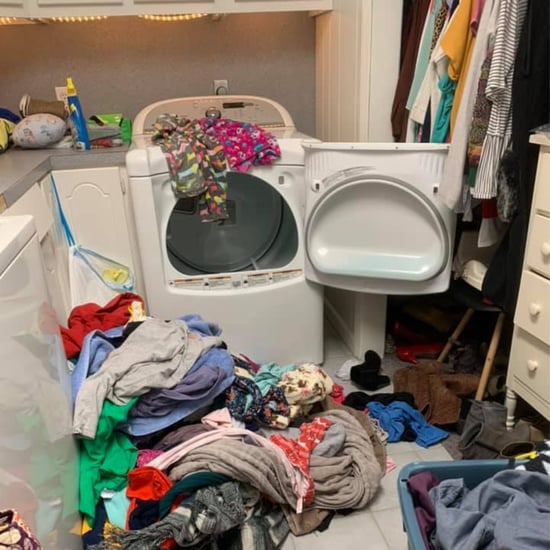 Family Self-Care
A Woman Detailed Exactly Why Moms Are So Stressed Out, and We Couldn't Have Said It Any Better
by Murphy Moroney 6 days ago 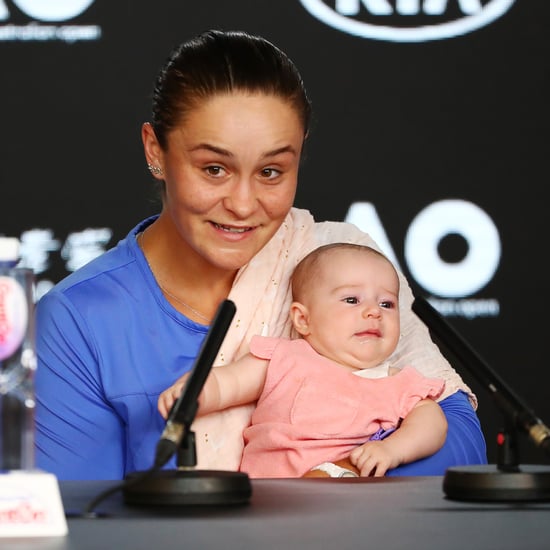 Family Relationships
Tennis Player Ashleigh Barty Is the Best Aunt, and Here's the Proof
by Amanda Prahl 3 weeks ago

by Karen Snyder Duke 58 minutes ago