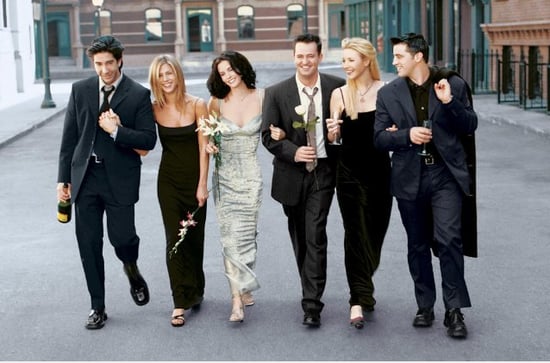 For 10 years, the cast of Friends made much of America crack up while watching their television sets. Then, the favored series ended and the actors who portrayed Monica (Courteney Cox), Rachel (Jennifer Aniston), Phoebe (Lisa Kudrow), Joey (Matt LeBlanc), Chandler (Matthew Perry), and Ross (David Schwimmer), went on with their lives. For some, this also meant embarking or focusing on parenthood. Take this quiz and test your knowledge.

Before They Were Parents, They Were "Friends": Take Our Quiz!

Which Friends cast member was the first to become a mother?

Which cast members welcomed daughters in 2004?

Which cast member is currently expecting a child?

Which cast members are not parents?

Julia Louis-Dreyfus
If You're Not Excited About THAT Falcon and the Winter Soldier Cameo, You Should Be
by Grayson Gilcrease 19 hours ago