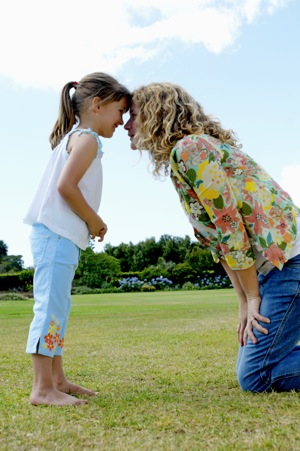 Having a daughter increases a couple's chance of divorce by five percent, and with each additional daughter the risk goes up. This might lead you to believe that daughters add extra stress on their parents, but experts say the opposite is true, and in fact, a daughter's supportive role can explain why her parents might divorce.

One psychologist explains, "A conclusion we might draw is that wives with daughters are less likely to stay with their husbands because they know that with a girl, they'll never be lonely or without help." Perhaps women, who file 75 percent of divorces, have less of a reason to stay in an undesirable relationship because they know that they have daughters to fill the emotional void. This theory fits with findings we've seen before: girls with brothers don't grow up as fast as their brotherless peers, partly because they have to assume caretaking roles for their brothers. There seems to be evidence that daughters offer significant emotional and social support for their families, almost acting like third parents.

But what if we phrased this question a different way: why are couples with sons less likely to divorce? While it may be about avoiding loneliness, couldn't it also be that parents want the son to grow up with a male role model? If mothers often get custody, a daughter will have a female role model, but a son wouldn't necessarily live with a father figure. We can debate the merits of gender-based role models, but might this be a consideration?

Relationships
Know Your Love Language? There Are Also 5 Apology Languages — Here's What They Entail
by Ashley Broadwater 1 day ago Healthy Living
Is Your BFF Stressing You Out? It Might Be Time to Break Up
by Kat Malinowska 2 weeks ago