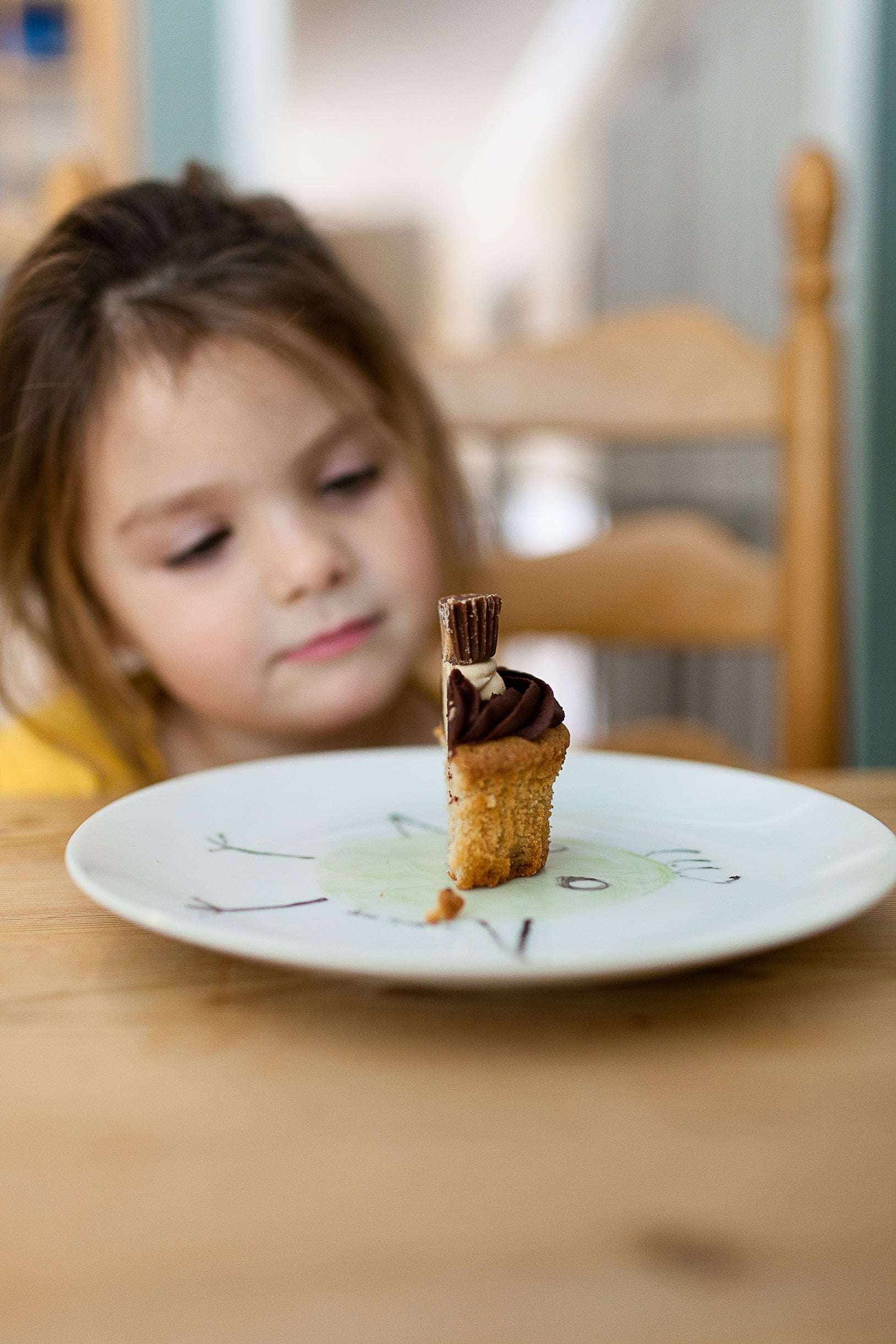 Nutrition and diets are met with both intense acceptance and harsh rejection in today's society. Strong is the new sexy, but people are also embracing their curves (and their right to live life and not deprive themselves) more than ever. And when it comes to family, I do believe that every parent knows what's best for their own child. Given that one out of three American children is overweight or obese, it makes perfect sense that you adjust your child's diet accordingly to encourage healthier lifestyles (diet changes can also help with behavioral issues). But with so many extreme diets and clean eating habits becoming more and more popular, I don't think you should force your children to duplicate those meal plans.

Kids shouldn't have to go to a birthday party and reject a piece of cake because their parents said avocado pudding is better. Let your kids be kids.

A recent Australian study found that 82 percent of parents give their children the same meals as themselves, even when on a diet (guilty!). Many celebrities are also well-known for passing down their extremely strict diet restrictions to their kids. In Gwyneth Paltrow's cookbook, It's All Good, Gwyneth wrote, "Sometimes when my family is not eating pasta, bread, or processed grains like white rice, we're left with that specific hunger that comes with avoiding carbs." Along with restricting carbs, the actress and Goop founder also enforces a gluten-free diet on her family, and additionally eliminates processed foods, dairy, eggs, sugar, soy, and meat. Madonna's kids also have to follow a strict macrobiotic diet that excludes meats, dairy, eggs, and wheat, and Kourtney Kardashian frequently talks about her obsession with organic foods and makes her children follow a gluten-free and dairy-free diet. With that many restrictions, I personally don't know what's left to eat that makes life worth living!

Related:
This Is the Maximum Amount of Sugar Your Kids Should Be Eating Per Day

Experts warn that children's development is dependent on getting a variety of nutrients, and strict eating restrictions can short change them from getting important vitamins and minerals like protein, calcium, niacin, and iron. Another study found that gluten-free products had less nutritional value and lower quality than gluten-full foods. So unless your child is really, truly allergic to gluten, it's best not to restrict them. It's also recommended that children get up to half of their calories from carbohydrates since it is the main source of energy (and kids have a lot of energy). That doesn't mean you can fill your child up with sugary snacks though. Their main source of carbohydrates should come from complex carbs found in meats, dairy, fruits, and whole grains.

I'm not saying I'm perfect when it comes to managing my children's daily nutrition. I enforce healthy habits and try to teach them that certain foods fuel the body in the best way, but I don't take it to an extreme. I also think the more children are restricted from something, the more likely they are to want it. And it turns out, there's actual scientific research that backs this idea. In a 2013 study about child obesity, findings showed that the more likely a child was to be exposed to parental controls of food (such as strict restrictions), the more likely that child was prone to eating (and overeating!), even when not hungry.

Related:
11 Healthy and Creative School Lunches Your Kids' Friends Will Want to Trade Them For

Childhood is such a magical time that should include adventurous culinary experiences. You want to teach your child the balance between taking care of their body and also being able indulge when they want ice cream. Being a healthy kid doesn't mean they have to follow strict diets, but rather having balanced meals and the occasional treat. They shouldn't have to go to their friend's birthday party and reject a piece of cake because their parents said dairy is bad and that avocado pudding is better. Clean eating may be what you're passionate about, but let your kids be kids.