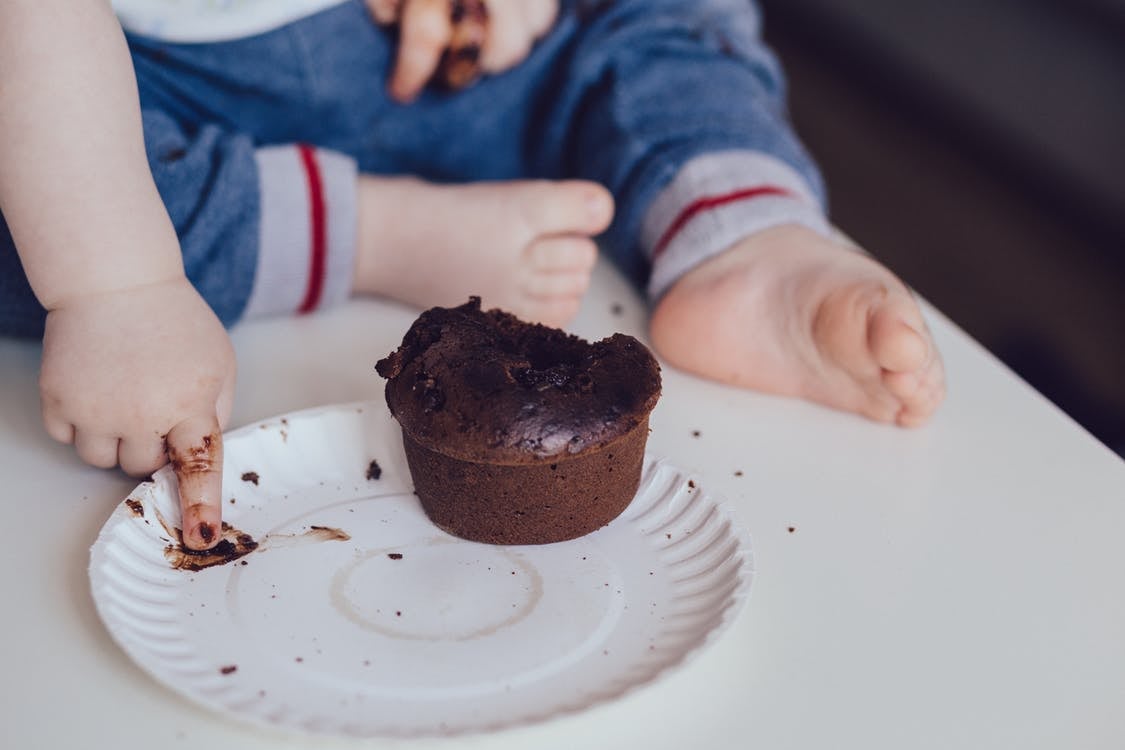 It feels impossible to keep up with all of the latest healthy food fads. Organic, non-GMO, grass-fed — it's all so overwhelming. And while I believe it's important to teach my kids about healthy eating and living an overall healthy lifestyle, I refuse to become obsessed with feeding my kids all-organic food. I think it's great that some parents are able to ride the all-organic train — more power to you! But after years of parenting, I've found that it's just too much for me and my family to worry about.

You see, when our son was a baby (and our only child), I'll admit that I was a little fanatical about feeding him only the best foods. I pureed all of his baby food myself and made sure everything I used was 100 percent clean and organic. I was strict with family and friends about what we fed him, despite their best attempts to go against my wishes. My brothers tried to slip him Hershey's Kisses. My mom tried to give him juice, and even my husband wanted to give him junk food. I'm sure everyone thought I was completely insane with my strictness (probably because I was). I remember one time specifically, our nanny at the time fed him a couple of fast food french fries while I was at work. My son was only 10 months old at the time. The thought of my son eating something both non-organic and deep-fried nearly stopped my heart. But then something happened to cool my nerves about the whole thing: I got pregnant with my second baby.

Related:
I Don't Cook For My Family, but It's Not Because I Don't Love Them

And with my second pregnancy came morning sickness that lasted 24/7. I no longer had the energy to care about feeding my son the healthiest foods. I was more worried about making it to the end of the day without puking in my baby's face, let alone feeding him smashed avocado toast on bread I had baked myself. No way. And once baby number two arrived, all hopes for an all-organic lifestyle went out the window.

As moms of more than one kid probably know, once two kids get thrown into the mix, it's pure survival mode. I no longer cared as much about feeding them perfectly. I bought packaged cheese puffs, served mac 'n cheese out of a damn box, and even doled out prepackaged pureed peas. Baby number two didn't get nearly the same organic royal treatment as her big brother. And you know what? I don't feel bad about it — not one bit. Instead of spending my time pureeing foods and cooking all-organically, I potty-trained a 2-year-old, helped the baby through her separation anxiety, and read countless books with both kids. It took that nauseous pregnancy to let go of this one factor in our lives that was driving me pretty bonkers. And in the end, it allowed everyone to be just a little more relaxed.

Related:
15 Foods Experts Say You Don't Have to Buy Organic If You're on a Tight Budget

Of course, I still feed my kids their daily dose of fruits and veggies. At dinner they have a heaping pile of broccoli or zucchini. Some nights they'll be organic, some nights they won't. Sometimes the kids eat it . . . and sometimes they don't. See, the older my kids got, the pickier they got too. So, I finally decided that the all-organic food battle was simply not going to be the mom battle I'd choose. This way, I'm a little calmer and I know the kids are still getting the nutrition they need. It's far from perfect, but it's the balance that works best for all of us. And I haven't even gone crazy after a few handfuls of french fries.