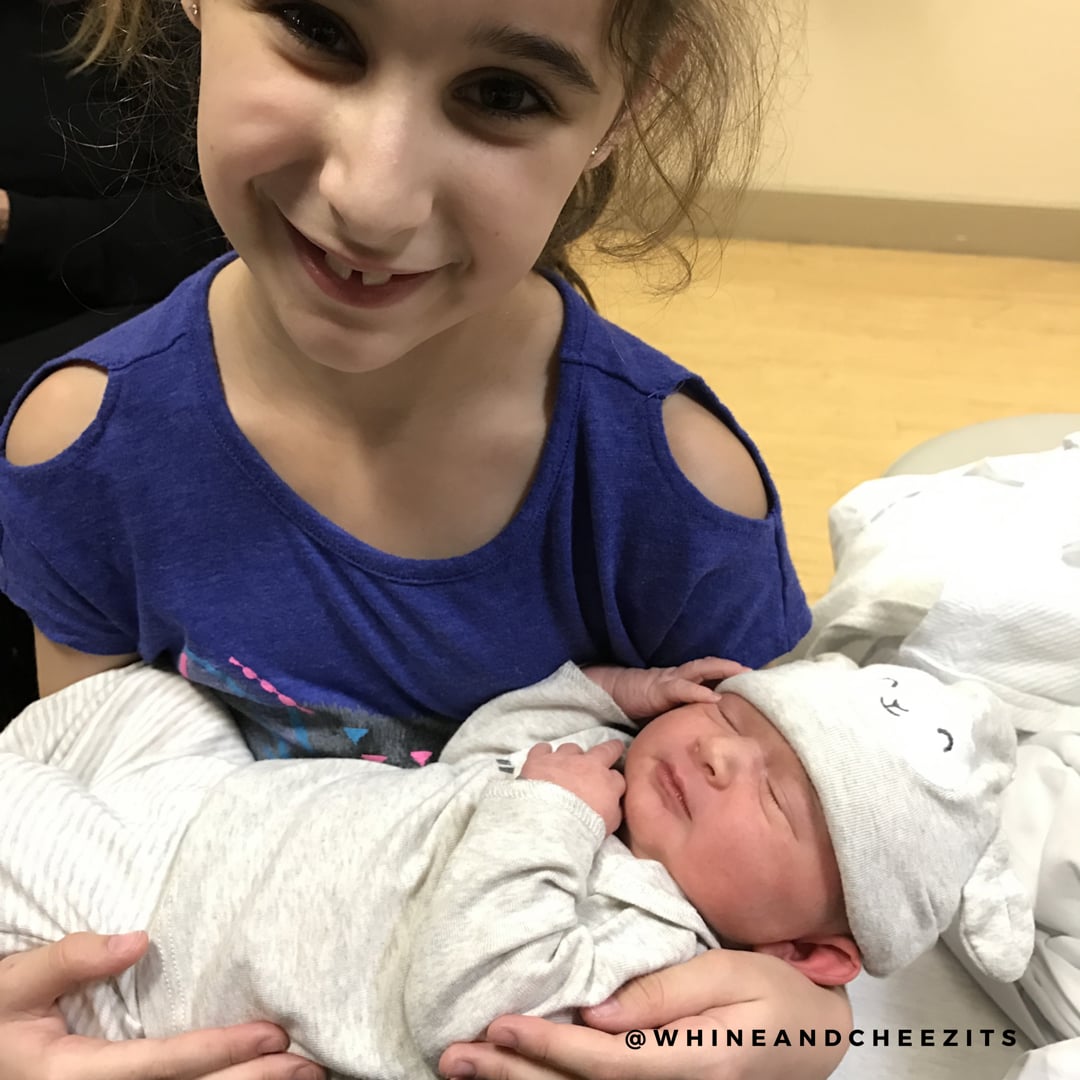 Divorce and blending a family come with a whole slew of awkwardness. It's a messy and sometimes misunderstood dynamic to those not living it. Some people are kind, some are awful, and some are intrusive — both purposely and obliviously. I'm a big girl and can handle it. I've been enduring it for years. What I won't stand for, however, is when someone makes my kids feel like sh*t about any part of this dynamic. People, both ones we know and ones we don't, try to qualify my kids' relationship, and it happens more than you can imagine.

We don't use the term "half-sister" because these girls are not half anything. They're whole sisters who love each other with their whole hearts.

You see, after my divorce, I remarried and added another little girl to our crew. While I share custody of my older daughter with my first husband — her dad — my girls are close and adore each other as if they were together every day. My firstborn could not be more gracious, maternal, and loving. Their eight-year age gap left me with questions and concerns, but that was my own insecurities and neuroses. They are the best kind of sisters. The older one is the protector and the little one is her shadow. They are madly in love and I'm equally in love with them and their relationship. However, there are people out there who feel it's necessary to remind my older child that this baby is her "half-sister." While that term might be scientifically accurate, it couldn't be more of a misrepresentation of their bond. It feels dismissive.

Related:
See How This Divorced Couple Live Together With Their New Partners and Combined 6 Kids

Every time the words "half-sister" roll off someone's tongue as casually as if they're placing their morning coffee order, my older daughter gets upset. She asks me why people keep saying that and what it means for them, and she looks for cues on how she's supposed to feel about her sister. It's upsetting, infuriating, and frankly, mean. Why does anyone have to rain on her parade and point out something so meaningless that only makes her question their connection?

We don't use the term "half-sister" because these girls are not half anything. They're whole sisters who love each other with their whole hearts. They play, bicker, and show affection like sisters. Sure, they don't have the same father, but that has zero bearing on their bond. That fact was also out of their control. They took to the role of sisters so naturally and lovingly, so why can't everyone else be accepting and follow suit?

Related:
How Having a (Much) Younger Sibling Changed My Life

My girls are sisters. Period. They don't need people constantly pointing out the intricacies of their genetic makeup. Mothers like me work hard every day to facilitate healthy, strong relationships within their families. So when others try to undermine that, they're belittling the circumstances under which my kids came into this world. So please, think twice before you say something about someone else's dynamic, because at the end of the day, we're a regular family — just like you.

Celebrity Couples
Jason Momoa and Lisa Bonet Split After 17 Years Together: "We Are Parting Ways in Marriage"
by Chanel Vargas 6 days ago