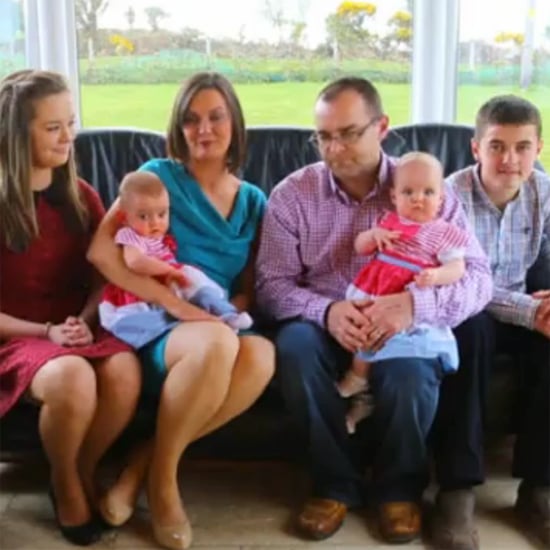 A truly amazing set of twins in Waterford, Ireland, could break the Guinness World Record for interval between births. When her water broke prematurely at 23 weeks, mom Maria Jones-Elliot gave birth to one of the twins, Amy. That was June 1, 2012. Eighty-seven days later, Jones-Elliot's second daughter, Katie, was born.

As detailed on the Huffington Post, Jones-Elliot's 87-day interval, when substantiated by hospital records, will beat out that of the current record holder, Peggy Lynn, by three days. Still, Lynn's twins, born 84 days apart in the mid-'90s, are extraordinary in a different way: their birthdays span two years!

Kamala Harris
Even Kamala Harris Is a Big Fan of This 11-Year-Old's Costume: "She Has My Vote"
by Yerin Kim 1 week ago