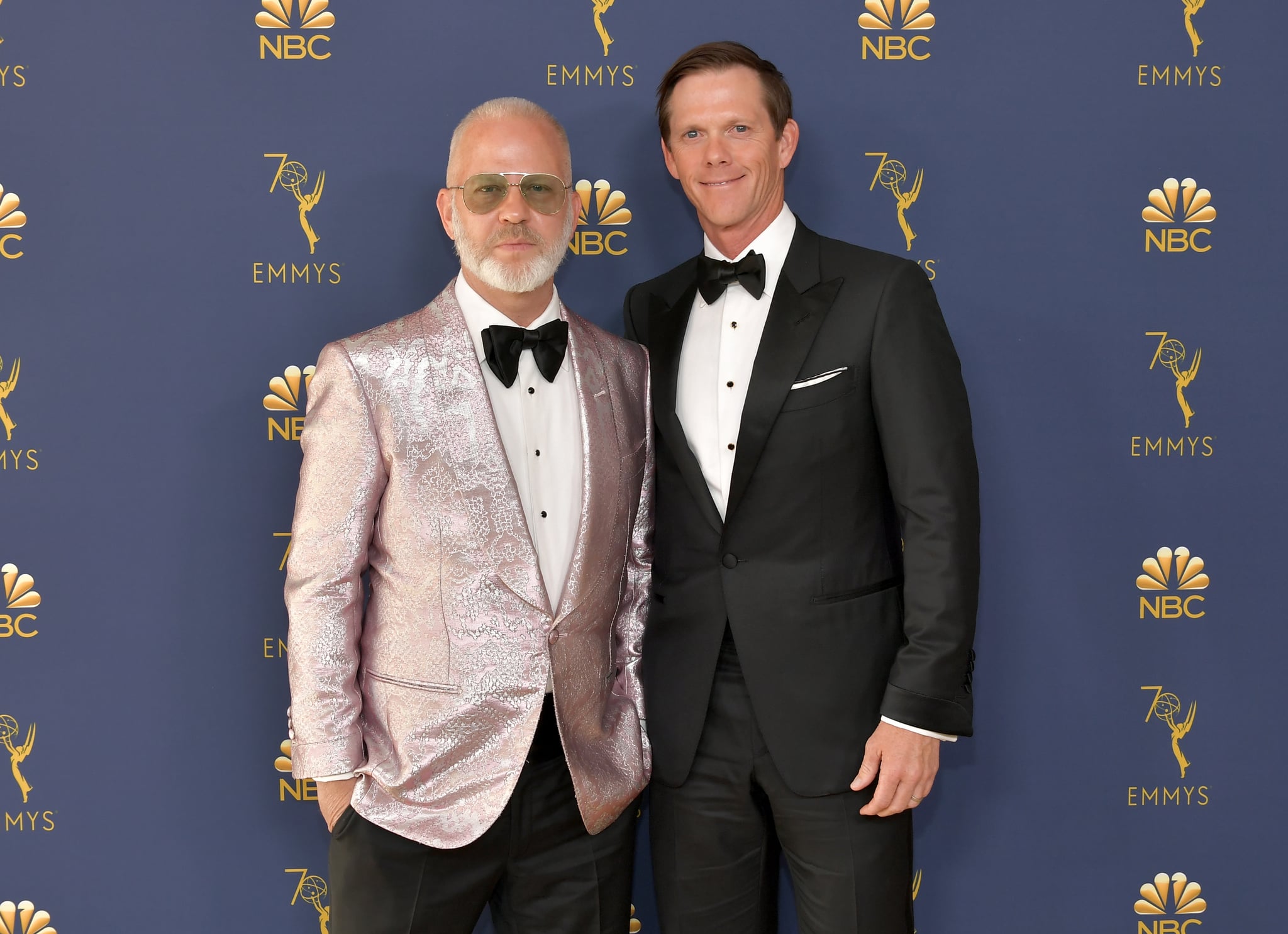 American Horror Story creator Ryan Murphy has a lot going on at home — he has three young sons! He and his husband, photographer David Miller, became parents for the first time in 2012 and again in 2014. Their third son was just born in August, making for a very busy household with all those little boys. Ryan and David tend to keep their lives a bit private, choosing only to speak about their children here and there, but we have gotten some glimpses of the boys — including a very sweet Instagram announcing the baby's birth this year! Ahead, get to know Ryan's three boys a bit better.

Related:
Reese Witherspoon’s 3 Kids Are Basically Her Clones, and We Have Photos to Prove It

Logan Phineas Miller Murphy was born Dec. 24, 2012. He is Ryan's oldest child with his husband, David. Logan was born via surrogate and has popped up at events with his parents here and there, showing off his impressively shiny blond locks and already fun sense of style. And Logan has Ryan wrapped around his finger! Ryan told Entertainment Tonight in 2015 that he's a pushover as a dad. "I thought I was going to be the biggest hardass ever. I thought I was going to be the great disciplinarian, completely rigid, and I am shocked to tell you that I am the opposite. I am the biggest pushover. I'm the biggest softie." Your kids can have that effect on you!

Ford Theodore Miller Murphy was born Oct. 6, 2014. He is Ryan's second-born son with his husband, David. Ford was diagnosed with neuroblastoma in 2016 and underwent aggressive treatment. Ryan wrote in a since-deleted Instagram in 2018 that Ford had an abdominal tumor the size of a tennis ball. He added, "Ford has undergone a huge surgery and several difficult procedures" in an effort to rid his tiny body of cancer. Ford did recover, though, and Ryan and David donated $10 million to Children's Hospital Los Angeles for all it did for their son, and now a wing in the hospital bears Ford's name. Ryan also said in 2018 that the treatment was emotionally taxing on the whole family and while Ryan hadn't quite recovered emotionally yet, Ford had, proving how resilient children really are.

Griffin Sullivan Miller Murphy was born Aug. 18, 2020. He is Ryan's youngest son with his husband, David. Griffin, like his brothers, was born via surrogate. Because of the pandemic in 2020, Ryan and David have most likely been able to prepare for their new arrival and enjoy his early days without work getting in the way. Ryan told Entertainment Tonight in 2015 that even when he's busy, his family is his top priority. "I have a really, really busy life but I still make it home every day, you know, to put them to bed and to give them baths," he said. "I feel, like, what has been very important to me with our kids is encouraging a very strong sense of imagination, you know, and storytelling particularly."

Celebrity Families
Lance Bass and Michael Turchin Are Dads! See What They Named Their Boy-Girl Twins
by Victoria Messina 5 days ago