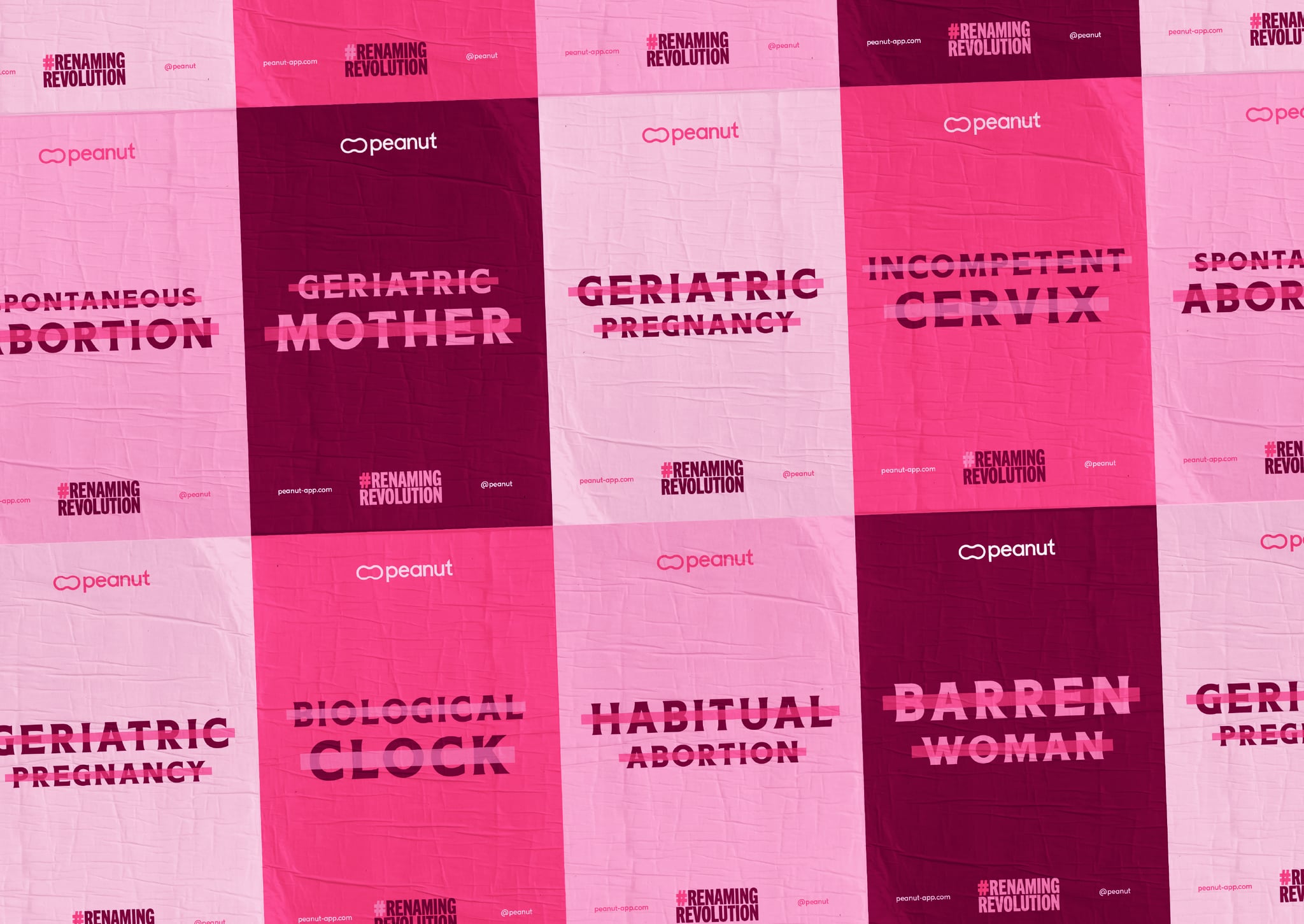 When I was pregnant with my second child, I remember sitting in my ob-gyn's office awaiting an ultrasound and peeping at my medical chart on the table next to me. Among the scribbles were the words "approaching GP." Turns out, GP meant geriatric pregnancy, a medical term for any pregnant person 35 years or older. I wasn't even technically at that stage, and there it was, labeling me as someone who was approaching someone who waited too long to have children.

Women are inundated with phrases that demean their bodies — like "inhospitable womb," "lazy ovary," and "incompetent cervix" — and place blame squarely on their shoulders.

What's worse, that label isn't nearly the most offensive and wholly unnecessary medical term used to describe any aspect of pregnancy, birth, or motherhood. Women are inundated with phrases that demean their bodies — like "inhospitable womb," "lazy ovary," and "incompetent cervix" — and place blame squarely on their shoulders. Imagine going through hours of strenuous labor and overhearing a doctor comment on your "poor maternal effort" or your "failure to progress."

Even outdated and underused terms — like "spontaneous abortion" or "habitual abortion," both of which refer to types of miscarriage — are still the current official medical terminology on the books.

Considering how common postpartum depression is, and that one in nine new mothers have some form of it, it seems an easy place to effect change would be in destigmatizing and modernizing the words associated with fertility, pregnancy loss, birth, and motherhood.

Prompted by a gut-wrenching video post in which a woman recounted her experience with how a doctor's description of her medical standing left her "feeling shitty," Peanut — the first social network to connect women throughout all stages of motherhood — has decided to do something about it.

As part of a "Renaming Revolution," the company released a glossary of 63 phrases due for an update, along with their suggested revisions. The glossary was created with expert panelists ranging from linguists and family therapists to ob-gyns, and according to one of its contributors, Dr. Somi Javaid, it includes "terms that serve the same purpose while empowering women rather than shaming them."

Along with the digital release of the glossary, Peanut plans to circulate printed copies to clinics and physicians, but mostly hopes that, in the hands of women, once emotionally wrought conversations can be reshaped from the ground up. Because most doctors are willing to use language that women prefer used in one-on-one discussions about their health, those pursuing pregnancy or planning to give birth can now be armed with a vocabulary that serves them.

"This glossary is the first step in transforming some of the negatively-charged terms that are too often used during the most sensitive and vulnerable times in women's lives," Peanut founder and CEO Michelle Kennedy said in a statement to POPSUGAR. "Our hope is . . . to create even more safe spaces for women to connect using language that reflects their experiences without dehumanizing them."

Read on for a sample of what is included in the comprehensive Peanut glossary. 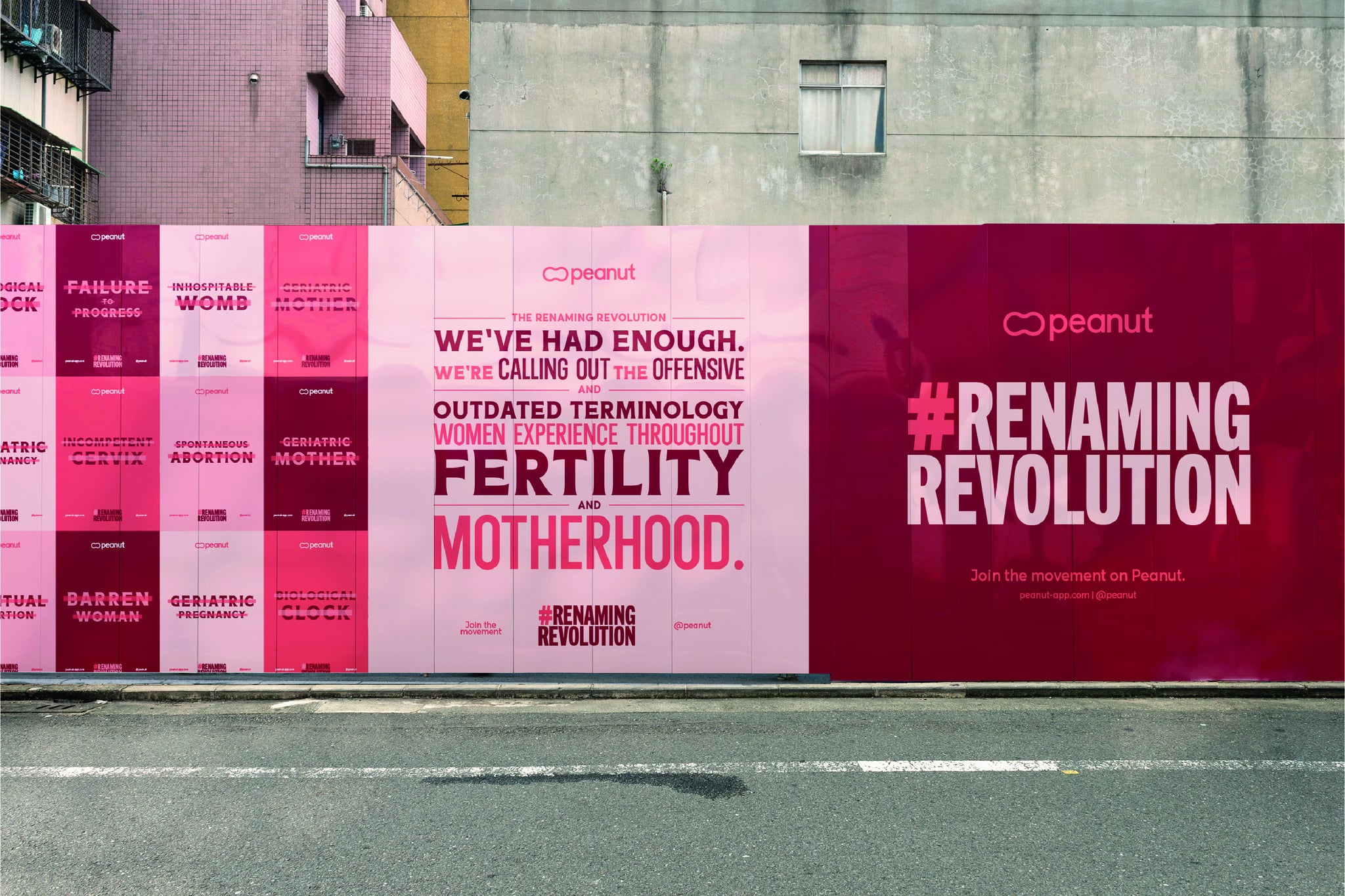 Reproducive struggles
Struggles to conceive after 12 months of unprotected intercourse.

Pregnancy scan at 6-10 weeks
Determines if embryos are present and if the pregnancy is progressing.

Compassionate removal
Removal of the pregnancy tissue from the womb.

Miscarriage without symptoms
When the embryo has died but hasn't been released yet.

35+ pregnancy
Pregnancy at the age of 35 years or older.

Early cervical dilation
When the cervix shortens and opens early without any other symptoms of labor.

Uterine atony challenges
When the uterus does not contract back on its own after pregnancy.

Smooth pregnancy
When the second-half of pregnancy is without medical complications or challenges.

Birth difference
A physical or biochemical difference present at birth.

Slowed labor
When labor slows and delays delivery of the baby.

Vaginal or surgical birth
When a baby is born vaginally or via a cesarean birth.

Non-dilated cervix
A cervix that is not prepared for vaginal delivery.

Birther
Person who carried the child but is not their mother figure.

Birth difference
A physical or biochemical difference present at birth.

Slow to grow
When baby is under a certain growth percentile.

Full-time childcarer
A mother who cares for their children full-time.