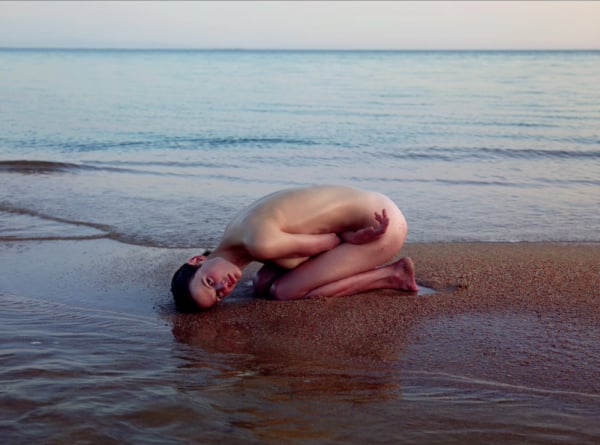 Mario Sorrenti shot the upcoming Pirelli 2012 with 12 models and actresses — all of which he's worked with before — in Corsica. Among the featured? Isabeli Fontana, Natasha Poly, Saskia de Brauw, Lara Stone, Joan Smalls, Guinevere van Seenus, Malgosia Bela, Edita Vilkevicute, Kate Moss, Milla Jovovich, Margareth Made, and Rinko Kikuchi.
Of the calendar's look, Sorrenti explained: "You know, originally I thought I was going to do very sexy pictures, and when we got there I realized that I didn't want the pictures to be sexy at all . . . I didn't want them to be posing and arching and like sticking their boobs in my face or anything like that."
Thus, he added: "We tried to keep it very simple, there were times where we did just photographs with the model and myself and there was no one around. I think that was the moment when I was able to capture some of the most beautiful photographs . . . You kind of lose yourself and you go with the flow of the moment and just let things happen."
Of including former girlfriend Moss, Sorrenti said: "Kate, I've known for 20 years. I can't do this without her." And Stone said of participating: "In the end you get that one shot, that magical decisive moment. It's not sexy in-your-face, it's more innocent sexy. Don't know why they hired me!" However, she added of the calendar: "I'd like to do it every year till I'm 75."
The full calendar — all 25 pictures — are in the gallery (NSFW).