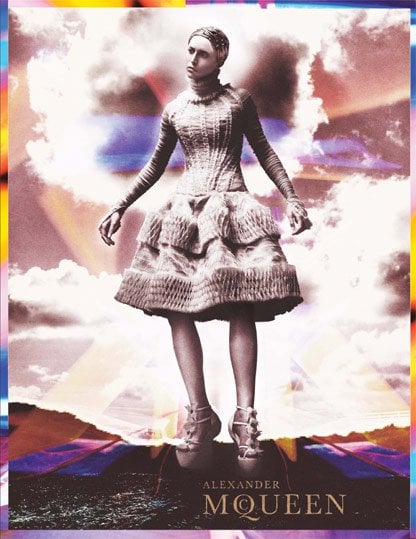 >> Just as it has been announced that the Costume Institute's "Alexander McQueen: Savage Beauty" set an attendance record over the weekend, the house's Fall 2011 ad campaign — featuring Raquel Zimmermann in her own kind of savage beauty, captured by David Sims — has dropped.

As of Sunday night, more than 582,000 people have seen the "Savage Beauty" show, surpassing the previous record — for a fashion exhibition at the Metropolitan Museum of Art — of 576,000, set by “Superheroes: Fashion and Fantasy” in 2008. The McQueen exhibit closes in a week on Aug. 7, and is expected by that time to rank among the Met's 20 most popular exhibitions, since the museum began tracking attendance 50 years ago.