There was no shortage of glitz at Atelier Versace's Fall 2012 show on Monday, the first full-on runway outing for the couture label in nearly a decade. In fact, Donatella seemed intent on summoning the flamboyant spirit of the label's founder, Gianni. The show was held in the storied pool room of the Ritz Paris — the same place Gianni used to hold his show — with the pool covered over and three sleek glass panels providing an electric-hued backdrop.

The theme, the show notes stated, was "deconstruction and reconstruction in all its various forms." This manifested itself in the perforated-leather jackets, plasticized-strip minidresses, and pieced-and-stitched gowns — with slits up to there — that came down the runway glittering with crystal beads and in pastel metallics. Silhouettes, too, played with the idea of juxtaposition and revision, in skin-revealing layers and curve-enhancing forms: the skirts of gowns billowed out from second-skin corsets, and sharp-flared jackets nipped in at the waist with tough leather belts.

Previous Next Start Slideshow
Donatella VersaceVersaceHaute Couture
Around The Web

Nostalgia
Aw! January Jones and Kiernan Shipka Both Rewear Their Golden Globes Gowns From 2011
by Nikita Charuza 1 week ago 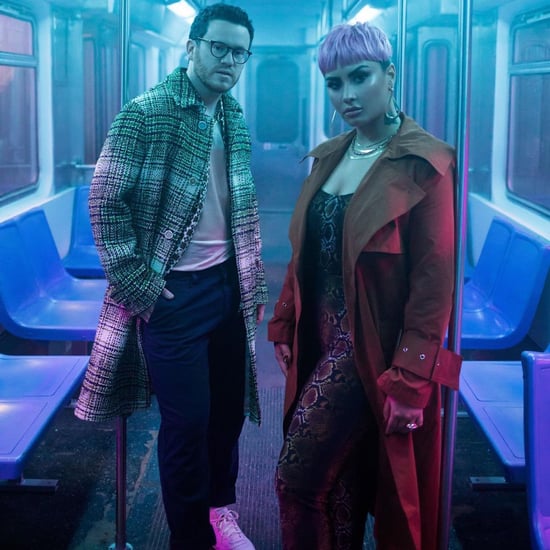