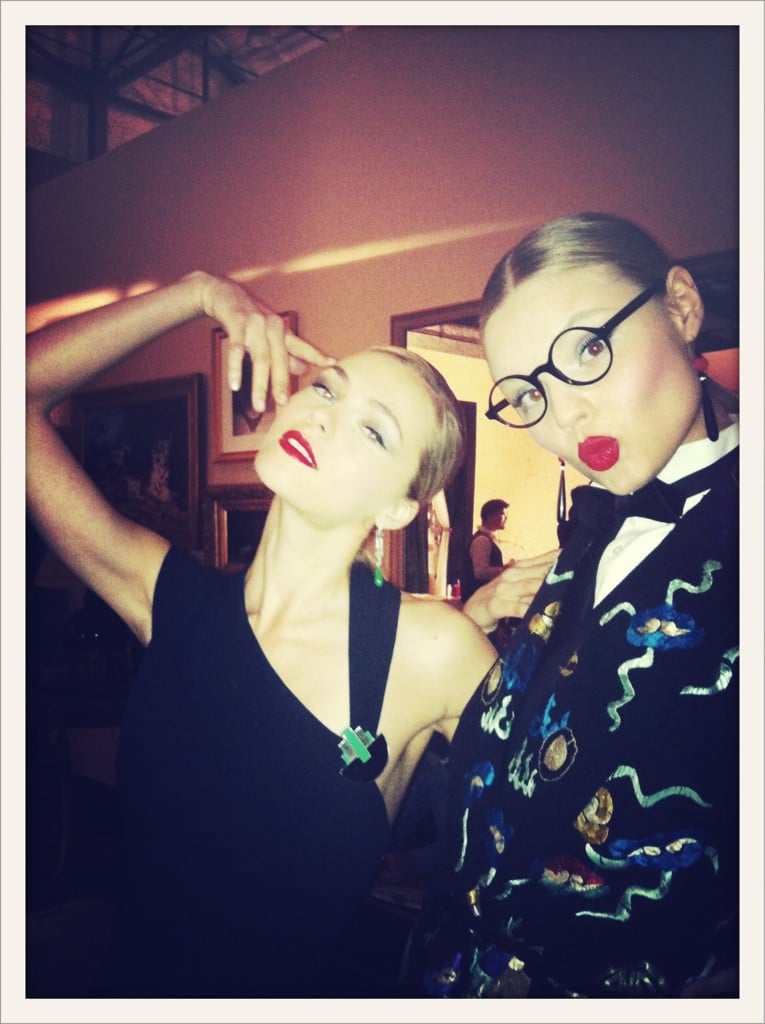 >> The Fall 2011 campaign parade continues: Arizona Muse was on set for Alberta Ferretti yesterday, as were Valentina Zeliaeva and Magdalena Frackowiak for Ralph Lauren (left).

Raquel Zimmermann recently confirmed: "I'll be in the Lanvin campaign which was shot by photographer Steven Meisel, but I can not describe how it was, total secrecy until the campaign out!" And Roberto Cavalli is reportedly employing Natasha Poly, Mariacarla Boscono, and Karen Elson to be shot by Mert Alas and Marcus Piggott and styled by Panos Yiapanis.

After Gwyneth Paltrow was spotted leaving Coach headquarters recently with Reed Krakoff, meanwhile, rumors have been fanned that the actress might be a new face for either Coach or Krakoff's Coach-funded eponymous label.

Photos from the Ferretti and Ralph Lauren shoots in the gallery.