Thanks to Twitter, even if you weren't actually at Lincoln Center's Alice Tully Hall for the 2013 CFDA Awards, it was't hard to imagine yourself among fashion's finest. With live tweets supplementing the action inside the ceremony, social media let us all be the proverbial fly on the wall. And in honor of this evening's live-feed tell-all, we're rounding up the very best bits, each in 140 characters or fewer. 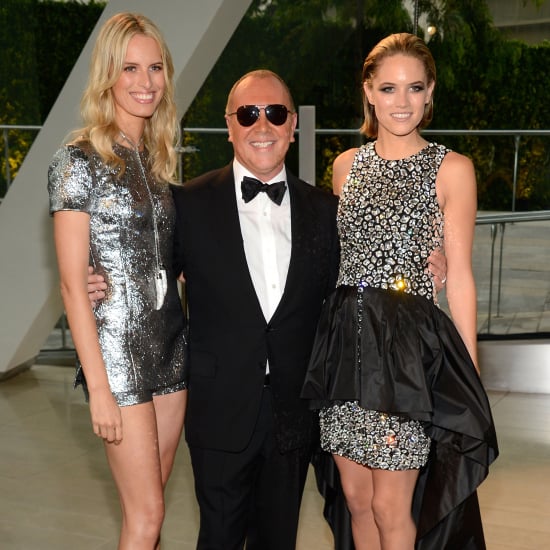 The tweets from the CFDA Awards here.

Ralph and Vera backstage. He wore jeans and cowboy boots, because he can. #cfda pic.twitter.com/mS6B1A3VLz

. @ralphlauren has been holding Vera Wang's hand tonight b/c she's so nervous. She worked for Ralph 20 yrs ago. #LifetimeAchievement #CFDA

"I've been a critic sometimes, but I've always been a fan." -Tim Blanks on fashion #CFDAAwards

Jessica Chastain on @givenchy's Riccardo Tisci: "His themes are often dark but his touch is always light." #CFDAawards

Mary Kate in a sprial Issey Miyake at the CFDA awards is everything! !!! @sarahxchavez @jeremylaing

Only at the #cfda awards does @sofiavergara wear tons of emeralds while Jemima Kirke wears a goth swimsuit. ow.ly/lFYgH

Spotted: Lily Aldridge, Candice Swanepoel and Alessandra Ambrosio hanging out and girl-talking... while Miranda Kerr stood one foot away.

So happy to run into @zacharyquinto b4 the CFDA's. we share a bday & he makes me calm! instagram.com/p/aHV0emnwaZ/

Holiday Fashion
Jennifer Lopez and Michael B. Jordan Pose With Their Families For Coach's Holiday Campaign
by Nikita Charuza 18 hours ago