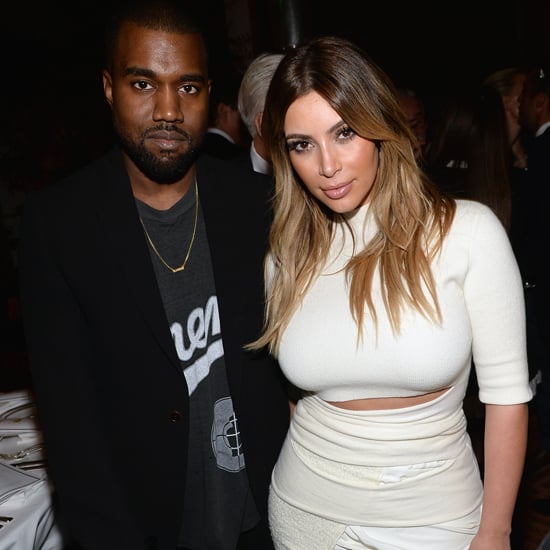 Nowhere is the digital space more varied than on Twitter, but this week saw a few themes. Among them: Kim Kardashian's engagement to Kanye West, what some editors are wearing for Halloween, and a strange thread about marriage that ran through them both. (It was also tied to the happy fact that New Jersey started allowing gay and lesbian couples to marry this week.) Take a look at some of the best tweets we saw from fashion lovers this week, here.

I know there are a lot of skeptics, but I actually think #Kimye make a perfect couple. Same taste, same...er...values. Mazel to them 🎉💍

I'm celebrating Kim Kardashian's birthday by wearing strange cutouts and walking around outside. You?

Fashion people don't think about it, they HAVE a think on it.

This Halloween I'm going to wear a wedding dress and walk slowly towards every man who looks like he has intimacy issues.

Me: "KMid's hair is amazing." Hus: "Kind of like your hair, just longer." Me: "That might be the most romantic thing you've ever said."

I'm gay for getting married in New Jersey.

I like to think that Colin Firth watches What a Girl Wants every time it's on TV.

5yr old: I want to wear my hair down today. Me: Why? 5yr old: So I can flip it when we sing One Direction

Someone please convince Rick Ross to create a clothing line called Bawse Tweed so that I can finally put that pun to rest in my head.

Chrissy Teigen
Reporting From Chrissy Teigen's Living Room, Here's Luna Stephens With the News: "Nothing!"
by Chanel Vargas 3 weeks ago