We've already kicked off our Best of 2011 coverage with the most talked about accessories of the year, and now we're moving on with the hottest models of the year. There were four catwalkers that caught our attention this year: Arizona Muse was everywhere, opening and closing runways shows at Dolce & Gabbana, Fendi, and Chanel Couture, to name a few. She also became the face of Prada and Yves Saint Laurent and also graced the covers of Vogue Italia, Dazed & Confused, and Numero. Miranda Kerr walked the runways of Balenciaga in March, just mere months after giving birth to her baby boy, Flynn — and hit Dior, Lanvin, and the Victoria's Secret catwalks this year as well. Kate Moss had a huge year too; the model closed both of Marc Jacobs's Fashion Week shows, designed her final collection for Topshop, and biggest of all, got married to The Kills' front man, Jamie Hince, in a romantic ceremony in the English countryside. Last but certainly not least, Karlie Kloss opened the Christian Dior Couture show in Paris, served as the gorgeous face of Oscar de la Renta, and even got her wings — the model walked in the Victoria's Secret Fashion Show for the first time just weeks ago. So tell us, which runway beauty snags your vote for the hottest model of 2011? 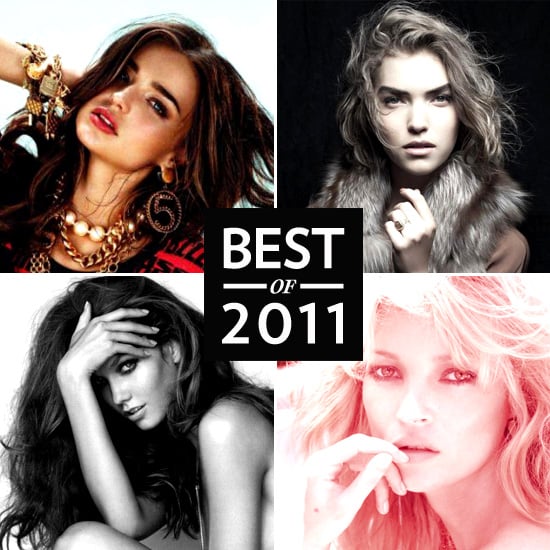 Celebrity Instagrams
Karlie Kloss Cast Her Ballot in a Comfy Polo, Skinny Jeans, and a Biden-Harris Mask
by Yerin Kim 4 weeks ago

Karlie Kloss
Can We PLEASE Address the Beautiful Homes These Supermodels Live In?
by Sarah Wasilak 5/01

by Maya Richard-Craven 13 hours ago