There were few fashion stories that shocked — and moved — the fashion world more than the death of Alexander McQueen. Fashion Week was literally shaken with his passing in February, and the style world rallied to pay tribute to the visionary. Though paying homage to McQueen's legacy seems like it never can be paid in full, he was honored with a prize from the CFDA's special board of directors, while his vision for the design house seems to be preserved with Sarah Burton taking the reigns as McQueen's creative director. Beginning in May, the Met will host its own tribute, featuring a collection of the designer's work and "his singular voice." Of course, we'll continue to see his work on red carpets, fashion exhibits, and tomes, but the loss of this fashion provocateur came far too soon. 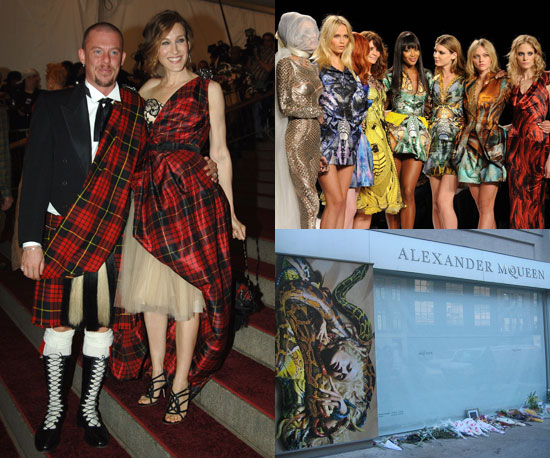 To remember McQueen, we've rounded up amazing tributes, the designer's work, and what's to come for the legendary design house: