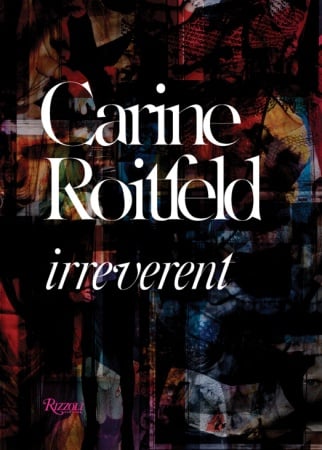 >> Carine Roitfeld's upcoming book, Irreverent, doesn't hit stores until Oct. 18, but previews of the 368-page tome — which culls photographs from her 30-year career, plus personal photographs (one shows her topless, wearing nothing but a black G-string and white pumps) and notes from the likes of Alexander McQueen, John Galliano, and Tom Ford — have hit the Internet this morning on both Style.com and Vogue.com (more photos at the links).

Roitfeld already has another book up her sleeve — one she's doing with Karl Lagerfeld, that's set to release in December — and as for further projects, she told Vogue.com recently: “I have so many proposals in front of me, cosmetics or even a clothes line. I didn’t say yes or no.”

She added that she's enjoying her moment in the spotlight: “I worked 20 years ago, and 20 years ago no one was talking about me. I didn’t change. Maybe I was at the right moment. But sometimes I say, What is so interesting about me? I am just doing photo shoots. It’s not something that extraordinary. I’m not a great artist, I’m not writing books, I’m not a painter, and people in the streets ask me for a picture or a note and I say why? But I think it’s better to appreciate it, because maybe it’s not forever.”