As I stepped past BeBe, my new BF headed to AA. My life was full of letters—D&G, DKNY, CK1, APC, Agnes B. (and DSW on the DL)—so why be scared of two more? As I obsessed over his addiction, I couldn’t help but wonder: Was I just as drunk? My vision of our future blurred because I took in too much of his past? And did we all spend so much time downing someone’s setbacks that we blacked out their strengths? After all, what is AA except a room full of people who had the courage to change. Just like Gucci in '94, sometimes you have to reinvent yourself to survive. In life, everyone's problems are different—but what if the stuff that helps us survive is all the same? The strength to look past a past full of pain. The heart to beat a scary disease. The bravery to look into a broken marriage and believe you deserve more. The courage to look into a mirror, broken, and believe you can be more. The daily heroism of living with anxiety or depression, loneliness or loss. The strength to not let a break up break you. The balls to love your body. The pride to love yourself. The simple power to not let anything—anything—take you down. I realized, every person you will ever pass on any sidewalk in any city has two things in common: We all have pain. And we haven't given up. We hide it on the inside because we think it makes us look weak. But what if our pain is also our power? Because anyone who dares to create a "New You" learns this, sometimes quickly, sometimes slowly: You're so much stronger than you think you are. #CarrieDragshaw

It all started during Halloween one year ago. Dan Clay had secretly wanted to dress up as Carrie Bradshaw from Sex and the City ever since his college years but always shied away from the idea of dressing in women's clothing. On Oct. 29, 2016, he threw his qualms down the drain and suited up in a light-pink tank top, white tulle skirt, silver heels, and wig to mimic Carrie's iconic outfit from the show's opening credits. And thus, Carrie Dragshaw was born.

After receiving an outpouring of positive attention for that first post (which even caught the eye of Sarah Jessica Parker herself!), Dan thought to himself, "Why stop here?" So he stocked up on high heels and put his creativity to the test to morph what was initially just a Halloween costume into a full-blown drag queen persona. "When I decided to keep it going after the Halloween costume, I had a lot of fears and doubts, and the main one was around positivity and love," he told POPSUGAR. "My intention with this has always been to just create a little space online to spread positivity and love." And boy, he sure did create that!

"My intention with this has always been to just create a little space online to spread positivity and love."

To date, Dan has mimicked more than 25 of Carrie's most iconic onscreen outfits, each of which he painstakingly makes by hand after hunting down specific pieces from Amazon, eBay, M&J Trimmings, and Mood Fabric, he told us while describing his outfit-making process. "I usually start with a piece that kind of has the shape I'm looking for, and then add the unique Carrie touches through paint or trim or feathers or scissors! Or, in the case of this epic flower, a lot of pipe cleaner and an old bed sheet." Pure genius! This guy would totally get Tim Gunn's nod of approval on Project Runway.

Related:
Why Sex and the City Is Still Insanely Important, Even Two Decades Later

On top of that, Dan walks the streets of New York to find the perfect backdrop for each of his pictures, which usually requires quite a bit of time. "If you ever bump into me on the street and I'm comparing the sidewalk color to a picture on my phone, have no fear; I'm just location scouting!" he joked. Once he finds the picture-perfect spot, he finds a pal to photograph him as he channels Carrie's attitude and facial expressions, which can actually be pretty tricky at times. "The real Carrie had this kind of smirk that comes out in a lot of pictures, almost like she has a little secret that she can't wait to tell you. Well, it turns out that sly little half smile is basically impossible for me to do! So it takes a lot of tries," he admitted.

But crafty costume making and supreme location hunting aren't even Carrie Dragshaw's greatest strengths. The poignant captions, all of which perfectly evoke Carrie Bradshaw's distinct writing style, are truly the star of the show and Dan's favorite part of the entire project. He admitted to taking the caption-writing process "pretty seriously," explaining that he usually spends a few days mulling over exactly what he'll focus on for each post. But after he nails down his angle, his Carrie-esque words start flowin' like a river. "Once I get the core message, that's when I start looking for the little language flourishes that make it authentically Carrie — the puns, the play on words, the metaphors, the questions, the harkening back to old sayings, and, of course, the 'couldn't help but wonders.'"

"Once I get the core message, that's when I start looking for the little language flourishes that make it authentically Carrie — the puns, the play on words, the metaphors, the questions, the harkening back to old sayings, and, of course, the 'couldn't help but wonders.'"

For Dan, he feels a personal connection to Carrie that serves as an endless source of inspiration. "I really do love Carrie. We have a lot of superficial things in common; we both spend way too much money on shoes, overanalyze almost everything, have really solid friendships, love the glittery side of New York nightlife, and use our ovens for storage," he explained. But the show goes deeper than that for Dan, as it's more than just a run-of-the-mill guilty pleasure for him. "It's timeless. A lot of people speak of the show as a guilty pleasure, and it certainly has its over-the-top moments, but for me it does an incredible job of capturing the joy (and struggle) of living in New York, having amazing friends, trying to balance career and fun, and trying to be single and fabulous." We couldn't possibly agree more with that!

Reading Dan's captions — which touch on everything from the pain of being ghosted and the joys of being single to living life in the Big Apple — truly makes me feel like I'm reading the words that Carrie Bradshaw herself wrote on that old-school Apple laptop in the window of her charming apartment. And that's why Carrie Dragshaw is likely one of my favorite Instagram accounts to date. Each post is like a trip down memory lane, filling me with nostalgia (and making me want to watch every freakin' season of SATC all over again).

If you're as much of a diehard fan of the show as I certainly am, Carrie Dragshaw is sure to be your new idol. Ahead we've gathered a handful of Dan's best looks to date for your enjoyment — be sure to read those eloquent captions! Carrie Dragshaw 2020, anyone?! 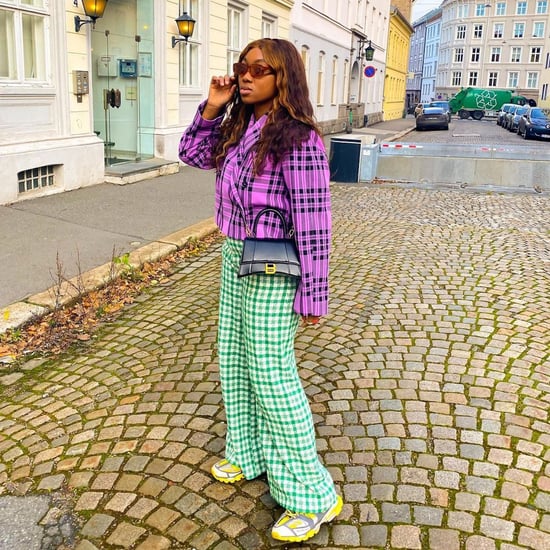 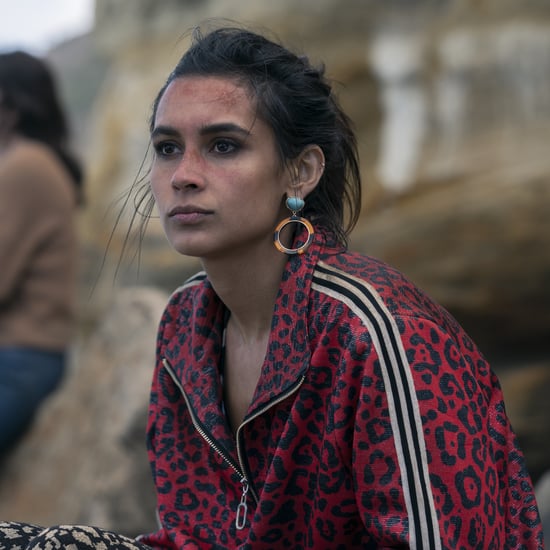 Fashion Interview
We Talked to The Wild's Stylist About All Things Fatin, Since Her Outfits Are Literal Lifesavers
by Victoria Messina 2 days ago 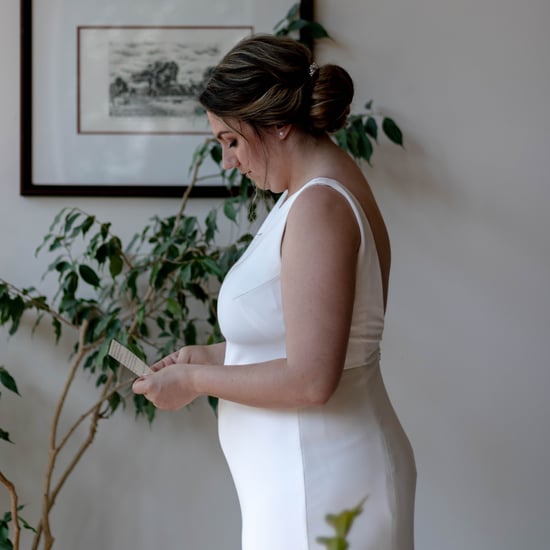