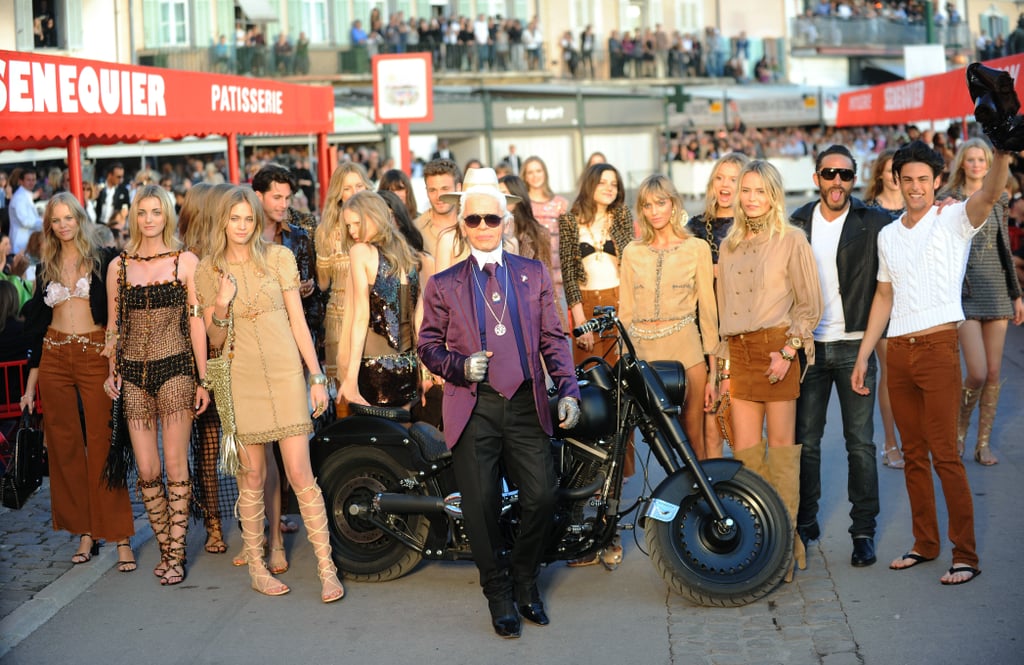 >> Set on the French Riviera in Saint Tropez with the models arriving on motorboats from a yacht in the harbor, Chanel's Cruise 2011 show reflected the '70s throwback party atmosphere emulated in Karl Lagerfeld's short film shown last night. Natasha Poly opened barefoot in a pastel print dress, and Karolina Kurkova and Abbey Lee Kershaw danced down the runway in knits. Toni Garrn and Jacquetta Wheeler made runway returns, and Crystal Renn, riding the current "plus size model" wave, made a cameo.

For the finale, front rowers like Anna Mougalis, Carine Roitfeld, Andre Leon Talley in a green cape, Emmanuelle Alt, Diane Kruger, Vanessa Paradis, and Franca Sozzani witnessed Lagerfeld's bodyguard Sebastien Jondeau pulling up on a motorcycle (which temporarily stalled) with Georgia May Jagger on the back. Then, appropriately, to a Rolling Stones soundtrack, Lagerfeld appeared in a purple jacket for his bow — and Abbey Lee threw her arm around Karl's shoulder.