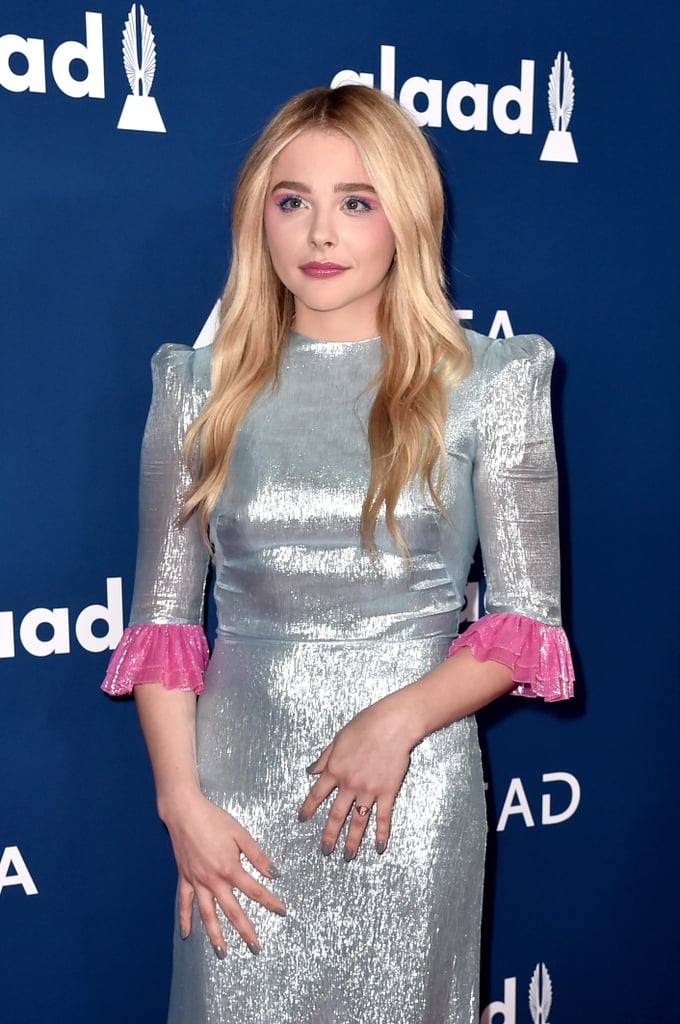 The actress attended the 29th Annual GLAAD Media Awards at The Beverly Hilton Hotel wearing a sparkly silver dress and a very interesting accessory. She swapped out her "B" ring, which stood for Brooklyn, for one that was engraved with the letter "C" for Chloë. Read on to get a closer look at her new ring ahead.

Original Post: Chloë Grace Moretz and Brooklyn Beckham have been dating on and off since 2014. The couple put the rumors to rest by stepping out in New York for their first public appearance since rekindling their romance. While cohosting Xbox One's Live Session, the duo were seen wearing matching denim-on-denim ensembles.

This actually isn't the first time the adorable couple have matched, as they have a long history of rocking coordinated outfits. One thing you might have missed was Chloë's romantic accessory: a gold ring with a "B" engraved on it. Chloë is just one of many stars like Gigi Hadid and Sarah Hyland who have been wearing this trend to confirm they're in love. Keep reading to have a closer look at her special ring and buy similar ones if you want to give your SO a shout-out too.

Celebrity Couples
Ben Affleck Praises J Lo's Strides For Latinx Representation: "I Am in Awe"
by Victoria Messina 2 hours ago