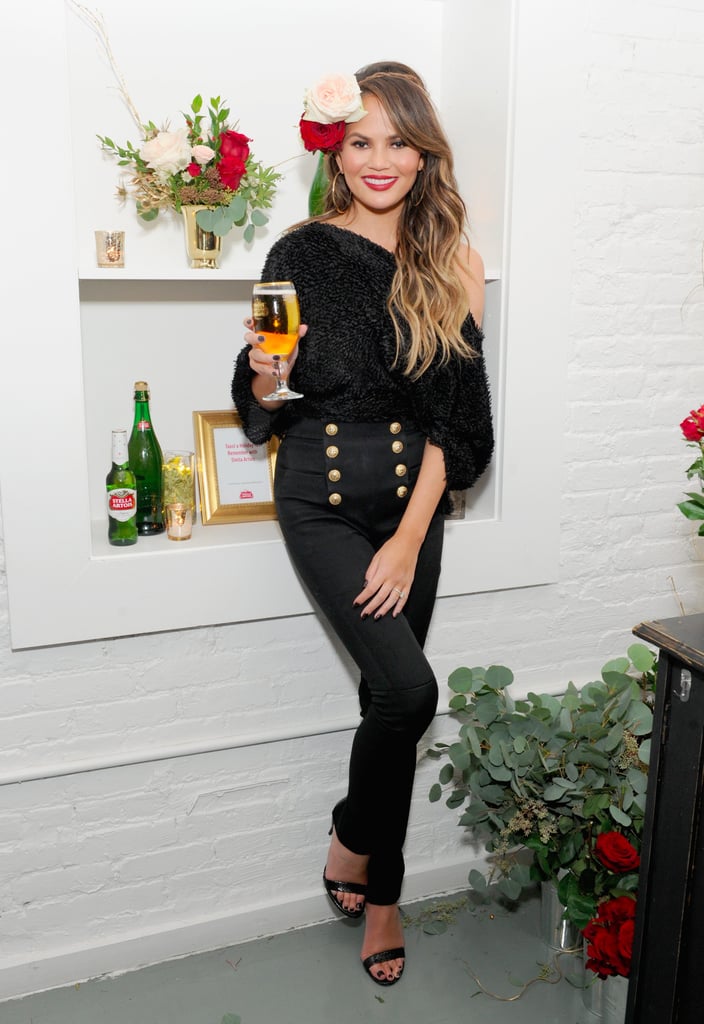 Chrissy Teigen may be quite the jokester, but one thing she never kids about? Her outfits, which are always on-trend and something to covet, especially when it comes to footwear. But as fans of the stylish star, we've started to notice a little something: Chrissy's always in heels and hardly ever rocks flats. It wasn't even until earlier this year that she dared to wear sneakers outside of the gym.

So when we met up with Chrissy to discuss her Stella Artois partnership and "Host One to Remember" campaign, we asked her about her heel obsession and if she did, indeed, have a favorite pair of flats.

"I only wear heels," she told us, going through a list of reasons that support her decision (and bringing back memories of the old, stiletto-loving Victoria Beckham).

"I'm very uncomfortable in flats. My calves are actually abnormally tight, [and I'm] flat footed and very relaxed in a 6-inch heel. It's very bad for your lower back, and I have to see a chiropractor twice a week because of it, but, yeah. I can't even wear Havaianas flip-flops because I don't like things in between my toes. Ballet flats look goofy on me because you can see the shape of my foot through them."

But as for sneakers? Chrissy would make an exception — if they were trendy enough.

"I'd say unless it's a Yeezy or something that just makes me feel cool, that's pretty much the only thing that's going to happen. Those or Common Projects. You know how some people get away with those cute white [sneakers] with their little shorts? I look so silly. I look like I'm playing dress up as Skipper or something."

Scroll through to see some kicks that have Chrissy Teigen's approval, then check out her impressive heel collection.

Lizzo
Are We in Wonderland? Lizzo Delivered a Floral Fantasy in This Whimsical Purple Catsuit
by Chanel Vargas 19 hours ago

Olivia Rodrigo
Olivia Rodrigo's Festive Minidress May Look a Little Like Pasta, but Hey, She's Working It
by Yerin Kim 21 hours ago