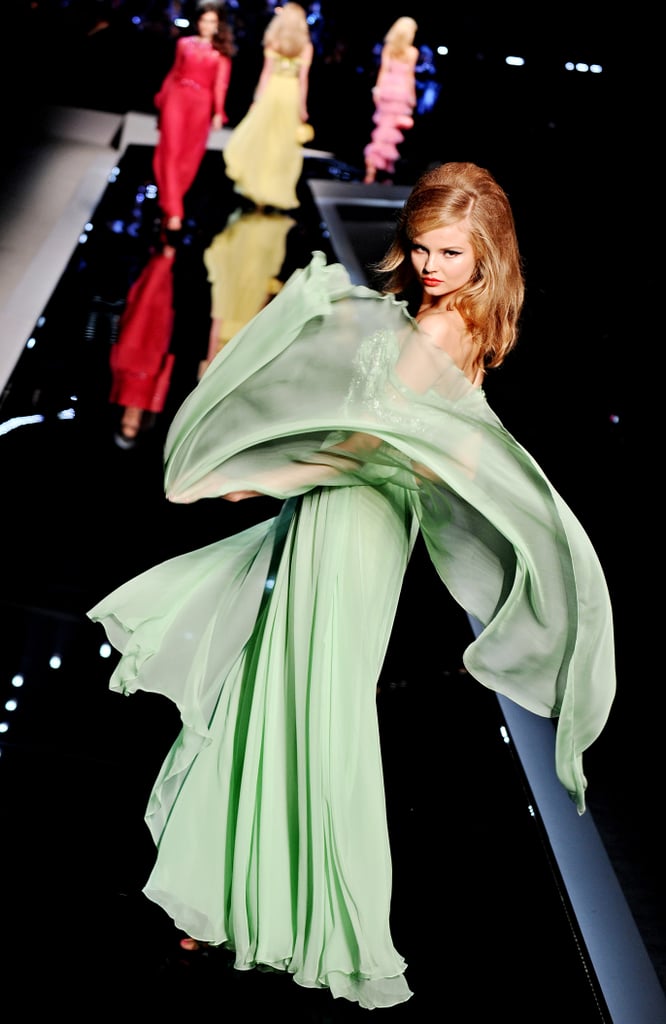 >> The 12-minute film David Lynch produced for Dior featuring Marion Cotillard, “Lady Blue Shanghai” (see it here), the third segment in the Lady Dior series — made its debut before a crowd of 500 gathered in Shanghai for Dior's Cruise 2011 show. According to Lynch, the only direction he had from Dior was, "They called me up and said, ‘Would you like to make a short film for the internet? You can do anything you want, you just need to show the handbag, the Pearl Tower and some old Shanghai.’” For both Lynch and Cotillard, the two-day shoot for the film in December marked their first visit to the Chinese city; the outcome is an enigmatic, Lynchian take on a love story.

Cotillard was back in Shanghai on Saturday, front row along with fellow house muse Charlize Theron. Dior face Karlie Kloss opened the French New Wave-inspired show in pink; John Galliano explained of his inspiration: “I didn’t want to come here and present a Chinese-inspired collection to my Chinese friends. I’m the ambassador of the house of Dior, and I wanted to come here with a French-inspired collection and to show the savoir faire of France.”

The afterparty, at which Kelis performed, saw both Galliano and Dior CEO Sidney Toledano dancing on the DJ's platform. And despite the fact that Dior usually shows cruise in New York — with the exception of this season — Shanghai may be the start of something new. Toledano noted: “I think the cruise opportunity is fantastic to go to a new market. This year it’s in Shanghai. I’m sure next year it will be somewhere else.”