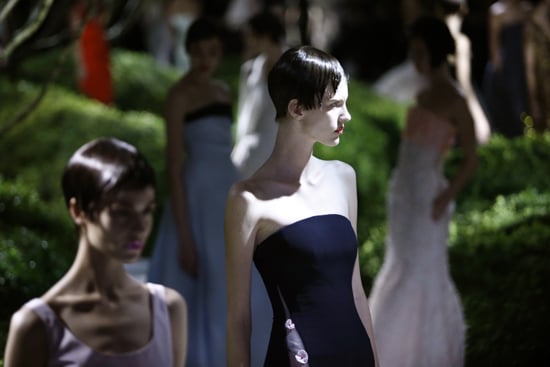 Looks like hiring Raf Simons was a really, really good business decision. Christian Dior recently announced that sales of its couture collections in 2012 were up some 24 percent over the previous year.

But it's not just the garments from Simons's debut Fall 2012 Couture collection, or Bill Gaytten's Spring 2012 Couture collection — which was well received — that experienced such high sales. Dior's various product ranges saw worldwide sales of €1.24 billion last year, or about $1.59 billion at current exchange. It amounts to a 17 percent growth in sales year over year. (It's worth noting that in 2011, the year John Galliano was dismissed from the brand, Dior's sales broke the $1 billion mark for the first time in its history.)

"These results reaffirm the exceptional quality of Dior's products and the powerful appeal of its stores," the company said in a statement.

That's not all those figures indicate. By and large, they say that the customer base for couture is growing — and that it isn't afraid to spend. Chanel's couturier Karl Lagerfeld told The New York Times recently that clients have sent their private planes to Paris to pick up his couture tailors. And in addition to New York, those planes now also come from nations with rapidly expanding or robust economies like China, Russia, and Saudi Arabia. In late 2011, Reuters reported that women in the Middle East were the world's biggest consumers of couture.

Then, too, there's Simons's desire to "change the psychology of people who are interested in couture." In an interview about his first couture collection for Dior, Simons said he wanted "to make it more dynamic, appeal to a person who has a different energy. A younger person, in mind, not necessarily in age."

Has he succeeded? His talent for making clothing a variety of women want to wear — and are willing to pay for — is clearly making a big difference at Dior.

Celebrity Instagrams
From Jess Sims to Gabrielle Union, "Women Without Limits" Are Wearing Hanifa
by Sarah Wasilak 2 weeks ago