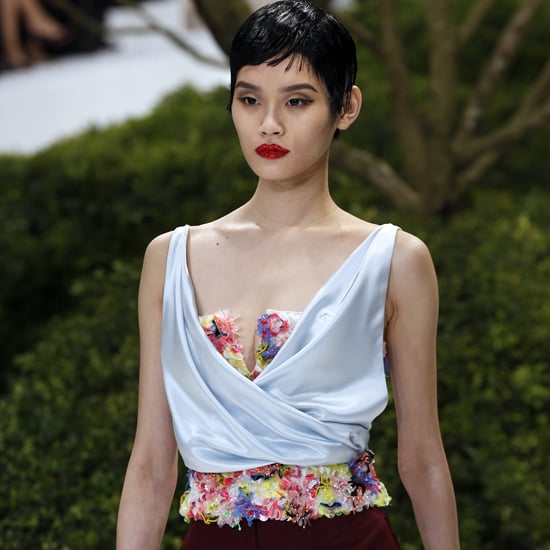 There may have been snow on the ground in Paris's Jardin des Tuileries, but inside Dior's nearly invisible mirrored tent, Spring was in full bloom. Hedges designed by landscape artist Martin Wirtz provided the path to a meandering runway, while near-naked branches culled from just-awoken trees offered a romantic, Secret Garden scene.

The first look out was a swirling, strapless confection in icy chiffon accented with a slash of black satin above the bust. The model, with her pixie-cut hair, airy swagger, and glittering red lips, called to mind a flittering wood nymph. Soon more nymphs arrived; most wore sleekly corseted gowns that exploded from the waist in dramatic, full flares or asymmetrically draped folds. In pastel silk, iridescent organza, or whisper-weight chiffon, everything felt softly natural yet utterly restrained — even as more elaborate looks like floral embroidered jackets, voluminous car coats, and bubble-hemmed dresses covered in sparkling petal appliqué began to appear.

"The collection reflects the passing of time of the season, beginning as the signs of early life," the show notes explained. "Silhouettes are in flux, seemingly finding their own forms naturally and yet all expertly tended to and under control." Like a well-manicured garden under the tentative warmth of early Spring — or maybe like Raf Simons's intoxicating updates on classic Dior.

Books
A Woman, Her Stalker, and a Dark Mutual Obsession Unravel in This Psychological Thriller
by Maggie Ryan 4 days ago 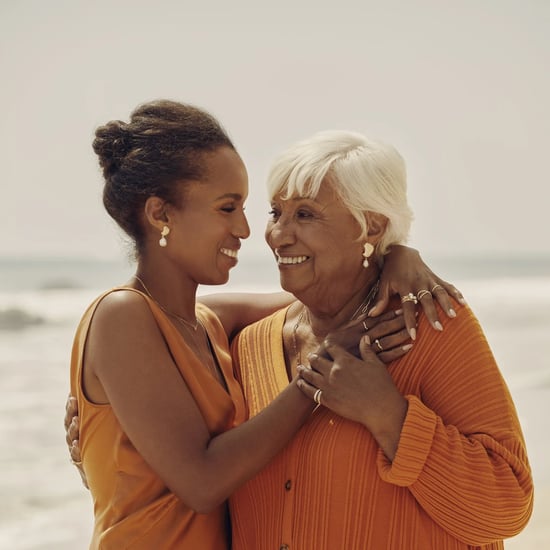 Mother's Day
32 Stylish Mother's Day Gifts You Can Also Buy For Yourself, Because Why the Heck Not?
by Sarah Wasilak 1 week ago 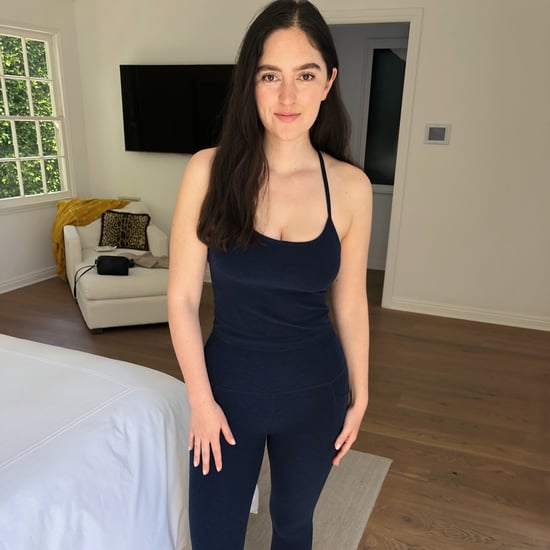 Product Reviews
Beyond Yoga Makes, Hands Down, My Favorite Matching Workout Set Ever
by India Yaffe 1 week ago