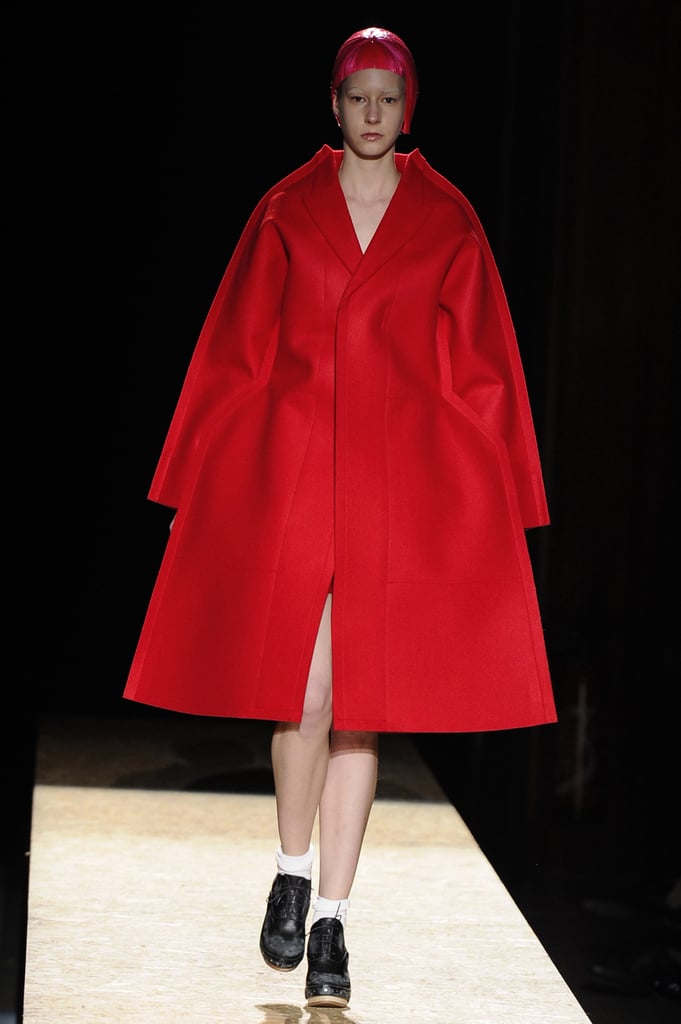 >> Every season, there are a few collections that really make the audience stop and ponder. This season, Rei Kawakubo's Fall 2012 Comme des Garcons was one such offering. On a plywood runway and set to a soundtrack of nothing at all, the designer sent out a collection of paper-doll shapes in cartoon hues and prodigious prints. Dresses, jackets, suits, and blouses were cut in felt-like fabrics and appeared super-voluminous when seen head-on, but were actually steamroller-flat when seen from the side. It was breathtaking, surreal, and definitely a bit strange — but more importantly, what does it all mean? Is it a commentary on the shallowness of contemporary fashion? A satirical look at the flatness of the digital age? Just an imaginative essay on color and shape? "The future is two-dimensional," was the designer's only explanation. 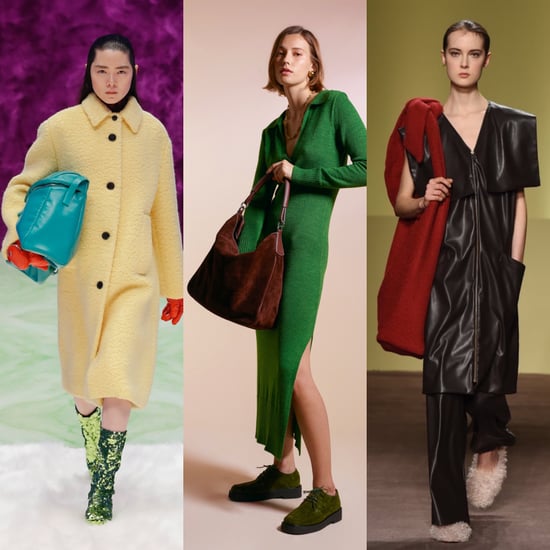