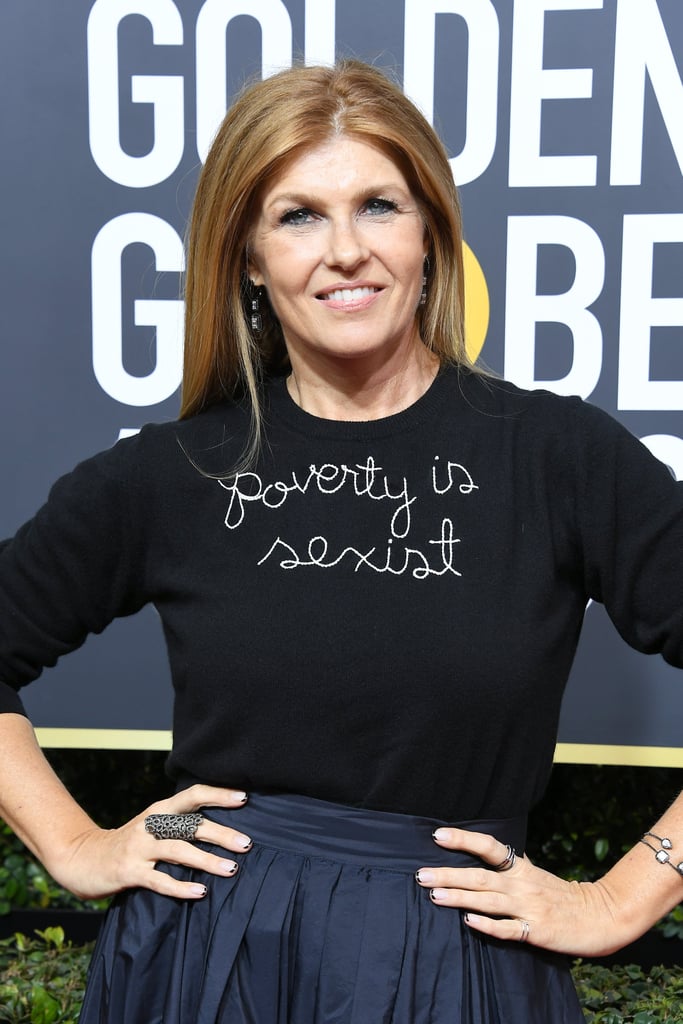 Update: Twitter users had a lot of things to say about Connie Britton's "Poverty Is Sexist" sweater at the Golden Globes. Many voiced concerns that the cost ($380) of the sweater was a little hypocritical, and Connie had the perfect response, tweeting, "For those concerned with the price of my Globes sweater I just don't think a $5000 gown would have added to the conversation in the same way. And @linguafrancanyc who designed it, inspired by @ONECampaign, is donating $100 of each purchase to @camfed."

Original Post: Nashville star Connie Britton didn't stop at wearing all black to the Golden Globes to show her opinions about sexism . . . she rocked an embroidered Lingua Franca sweater on the red carpet that spoke her feminism loud and proud. Britton's black sweater — which she paired with a full black skirt and simple, strappy heels — read "Poverty Is Sexist" in white stitching across the chest. In a special night so filled with fashion activism, Britton's sweater might be the most loud-and-proud statement at the 2018 Golden Globes!

Check out the star's full look ahead, then follow along with our other Golden Globes style coverage.