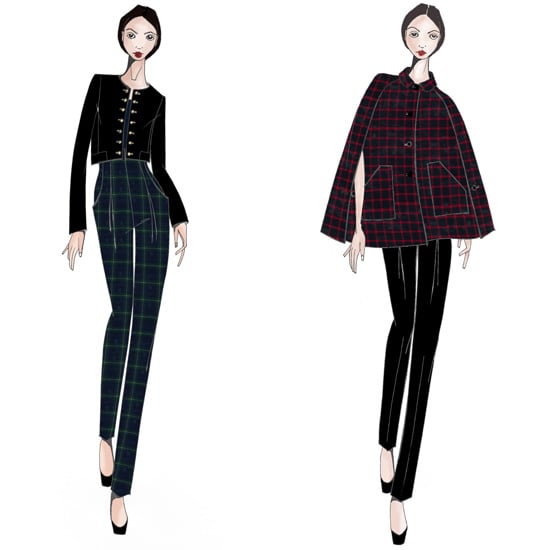 London's calling, and the message is fashion! With Buckingham Palace's announcement of its upcoming public garden-side runway shows (which features holders of Royal Warrants, including John Lewis Oxford Street and Peter Jones), details are trickling in of who and what we can expect to see beginning July 11.

Catwalk presentations, which are a highlight of the Coronation Festival's multiday agenda, will feature four thematically organized shows. The lineups, intended to showcase the last 60 years in British fashion, include:

Confirmed brands include Henry Poole & Co., Hunter Boots, and what would a royal event be without Kate Middleton's go-to designer, Alice Temperley? Unveiling her sketches (above) for a duo of Anglophile-approved exclusives from her Somerset collection for John Lewis, Temperley explained, "we drew on British heritage and tradition." The tartan cape and high-waist trousers will walk alongside the Spring 2014 Somerset by Alice Temperley collection and other John Lewis in-house labels. God save the fashion!

by Kara Kia 14 minutes ago