Look to any part of Diane von Furstenberg's story and you're bound to see some variation of the line "I always wanted to live a man's life in a woman's body." Is it any wonder then that for Pre-Fall 2013, the designer took traditional menswear tropes and adapted them for the female form?

Von Furstenberg said she was thinking about Mick Jagger, and specifically about how he dressed when he was with Marianne Faithfull in the late '60s. You can see that in the prints here, all borrowed from men's neckties, and the energy behind some of the suiting. The bold graphic pop of a black and white skirt paired with a matching, asymmetrical cardigan jacket is decidedly masculine, even if the shape isn't.

This is the first collection from von Furstenberg since creative director Yvan Mispelaere left the brand in September, and the richness of his color mixing is noticeably absent. The palette sticks mostly to black, white, cobalt, and yellow, and there are a few pieces in appealingly dark shades of red — but even those tend to be monochromatic. Still, they're sure to come in handy for the transition to Fall, and so are the quietly colorblocked coats on offer. 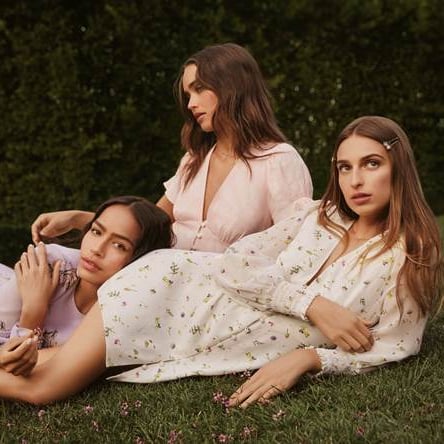