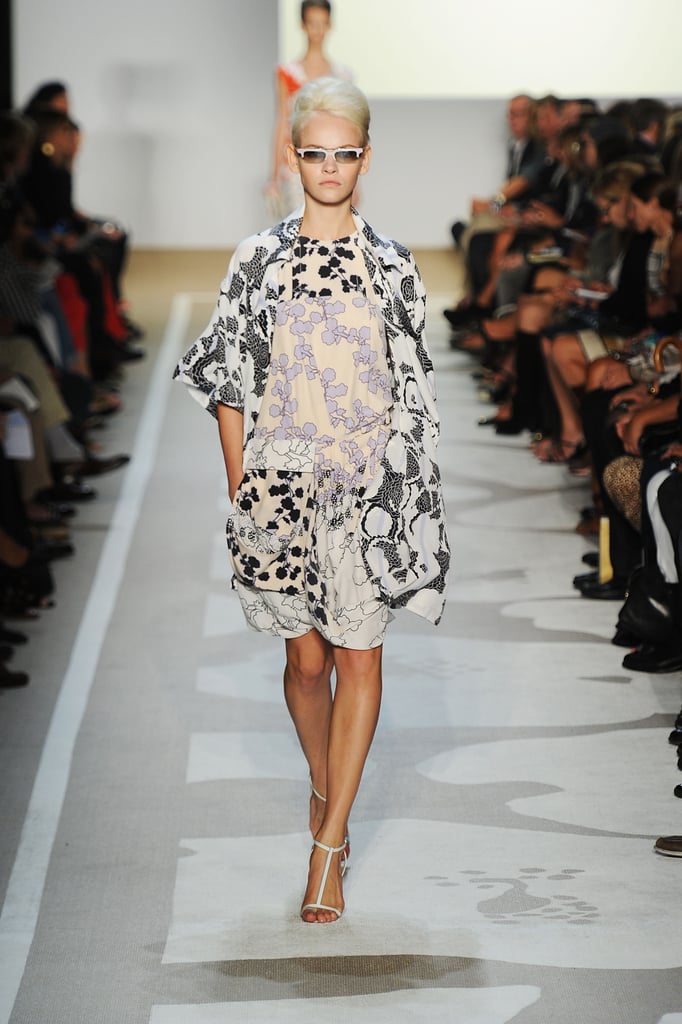 >> For Spring 2012, Diane von Furstenberg visited the idea of "beginnings", opening the show with a series of crisp white looks and the upbeat music of Matias Aguayo. While new starts may have been on von Furstenberg's mind, evolution might have been as well, for the 50 look collection moved effortlessly from white to pastel to vibrant in one fluid motion. A series of solid-colored separates and dresses brought together smokey greys, mints, and topaz; a grouping of graphic florals mixed black, white, pink, and lilac; and an explosion of large-scale prints found their bearings in vivid coral, red, violet, and jade. Silhouettes were a wearable mix of slouchy mod-lines and tiered layers —  swing-backed jackets, full-skirted wrapdresses, cropped trousers, and loosely-cut sheaths.