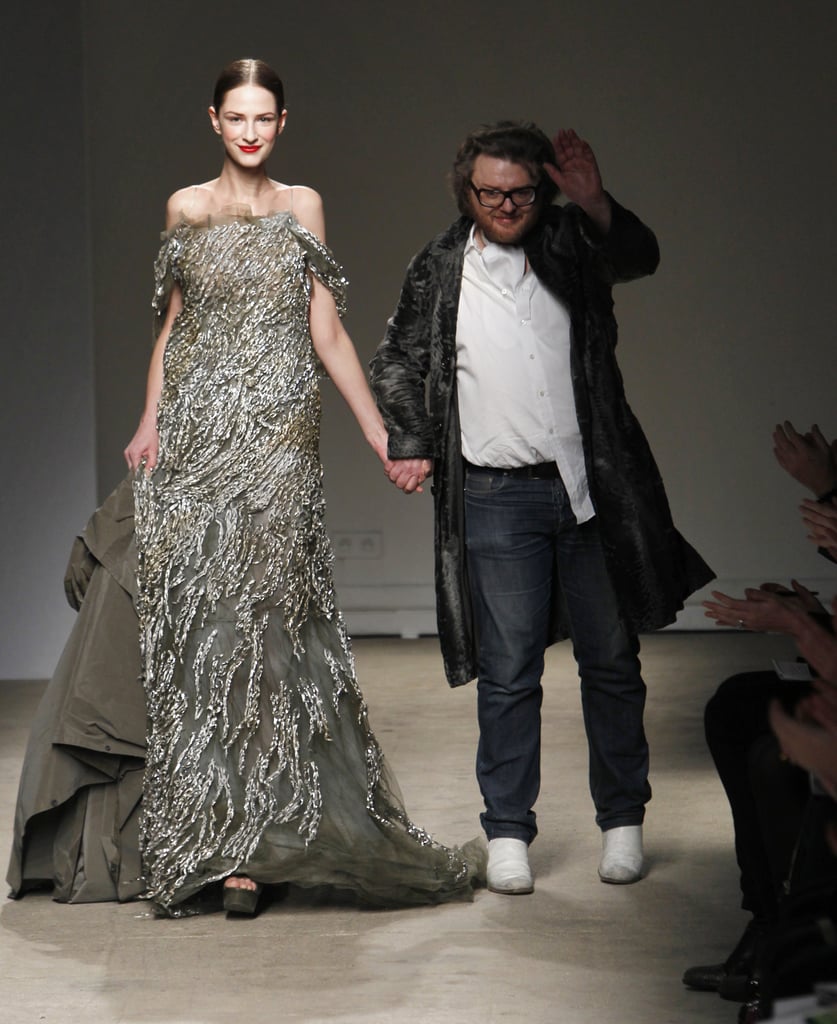 >> Josephus Thimister, Balenciaga's designer in the '90s, pre-Nicolas Ghesquiere, is back designing after an eight year hiatus from fashion.  The designer, who a decade ago was classed among then-up-and-comers like Hedi Slimane and Veronique Branquinho, lost commercial favor and designship at Balenciaga in 1997.

Now poised for a comeback at 47, he "poured all [his] savings" into a collection inspired by "the military and Russian influence — 1915 was a time of bloodshed and opulence, and I’m convinced that all of today’s problems are the conclusion of that period."  And he was invited to help fill the hole in couture week left by Christian Lacroix.

Today, "like someone who has woken up from a nine-year-long beauty sleep," as he put it, Josephus showed that collection, which has been runway-ready since October. Suzy Menkes approved: "[Thimister] made a good job of this comeback because he used his cutting skills to make ... the clothes look convincing — as fashion, if not couture." As did Cathy Horyn: "Fascinating Thimister show, quite clear in military shapes and broken elegance."  But WWD, no so much: "The finale frocks . . . rang a little poor in terms of substance."  Does Thimister plan to continue? "One never knows," he told Horyn.