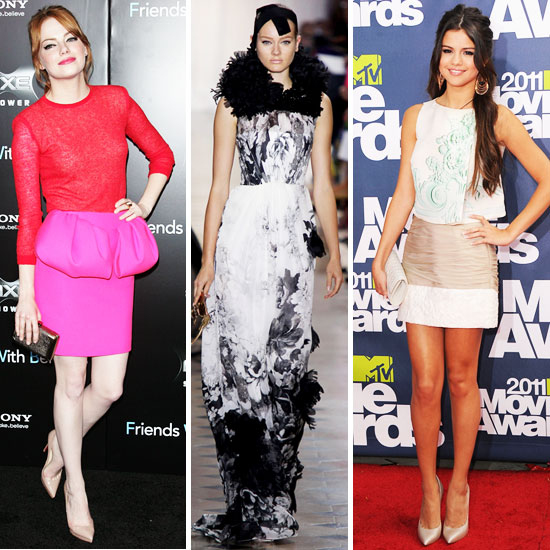 After earlier speculation in June, it has now been confirmed that Giambattista Valli will design a collection for Macy's. The designer, who's known for his decadent gowns worn by celebs like Emma Stone and Selena Gomez, is the fourth designer to participate in the Impulse Only at Macy’s collaboration. He follows on the heels of Karl Lagerfeld, whose collection debuts in September. Just in time for the Holiday season, expect a much dressier collection from Valli when it bows on Oct. 26. Drawing inspiration from his signature namesake collection, Valli's creations for Macy's is set to feature a predominantly red and black palette of cocktail dresses, skirts, blouses, jackets, and pants made in lace, tweed, brocade, fake fur, and tulle. The best part? The whole collection is set to retail from $50 to $150. There are no pictures yet, but we'll be on the lookout. For a refresher in Giambattista Valli's designs, check out his Fall 2011 runway collection.