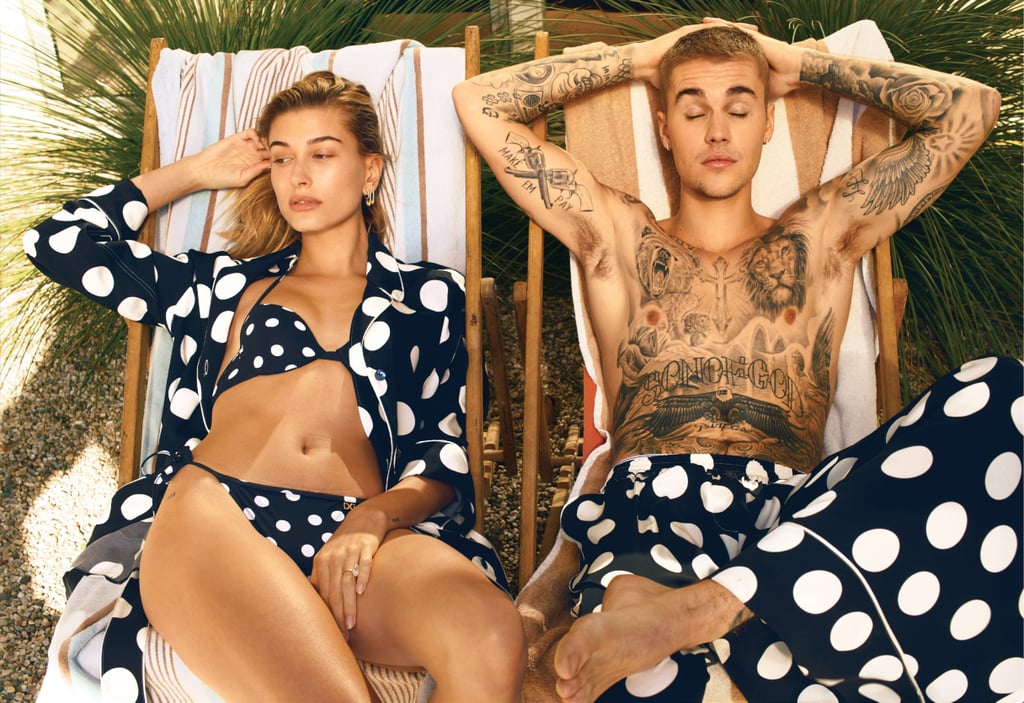 Justin Bieber May Be Shirtless in Polka-Dot Pants, but Did You See Hailey Baldwin's Bikini?

They say couples who wear matching outfits together stay together, right? Well, Hailey Baldwin and Justin Bieber certainly have us believing that. The newlyweds were spotted (pun intended) during a photo shoot for Vogue's March cover in Hollywood Hills wearing matching polka-dot looks. While we know their outfits were probably chosen by a stylist, it was still pretty cute to see them having a good time in their twinning outfits, which reminded us of Disney's 101 Dalmatians.

The supermodel was styled in a black and white spotted Dolce & Gabbana pajama top that was left open to reveal a string bikini by the brand, too. Justin, on the other hand, went shirtless and wore pajama bottoms from Hailey's set. Read on to get a closer look and buy similar versions of Hailey's bikini if you're feeling particularly inspired.

Celebrity News
Gigi Hadid Is a Mom! The Model Gives Birth to First Child With Zayn Malik
by Monica Sisavat 3 hours ago

Lily Collins
14 Photos of Lily Collins and Charlie McDowell That Will Have You Saying, "Ooh La La"
by Monica Sisavat 6 hours ago