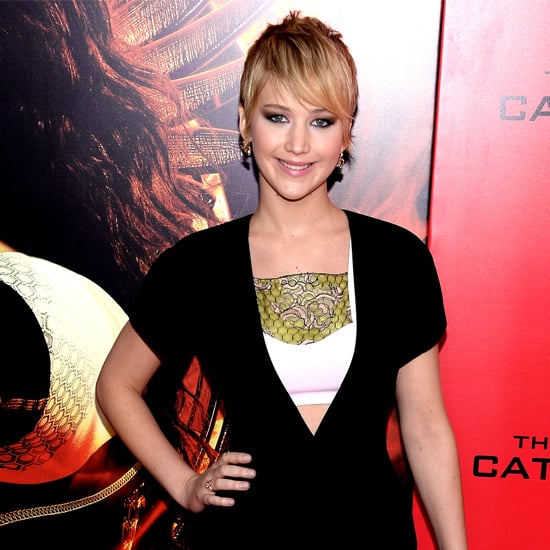 Jennifer Lawrence Proves the Power of the Little Black Dress

After touring in Europe, the cast of Catching Fire is back in North America! And — if we do say so — it seems like the style stars were waiting to break out their most showstopping looks for the movie's NYC, Toronto, and Los Angeles premieres. Jennifer Lawrence flashed a section of midriff in her black Dior dress, while Elizabeth Banks went for the drama in glittering Jenny Packham harem pants. Jena Malone brought the action up north on Tuesday in a stunning black and gold dress. But at Monday's LA premiere, sheer was the name of the game: Lawrence stunned in a transparent belted dress that was almost overshadowed by an equally sheer number on Jena Malone. Meanwhile, Banks showed she wasn't afraid of bold color in a bright, curve-hugging gown by Versace. Clearly, these red carpet games show no signs of slowing. Hungry for more? Click through to see our ultimate roundup of Catching Fire promo-tour fashion!

Accessories
Taylor Swift Got Olivia Rodrigo a Matching Ring For Good Luck, So They're Basically BFFs
by Chanel Vargas 15 hours ago