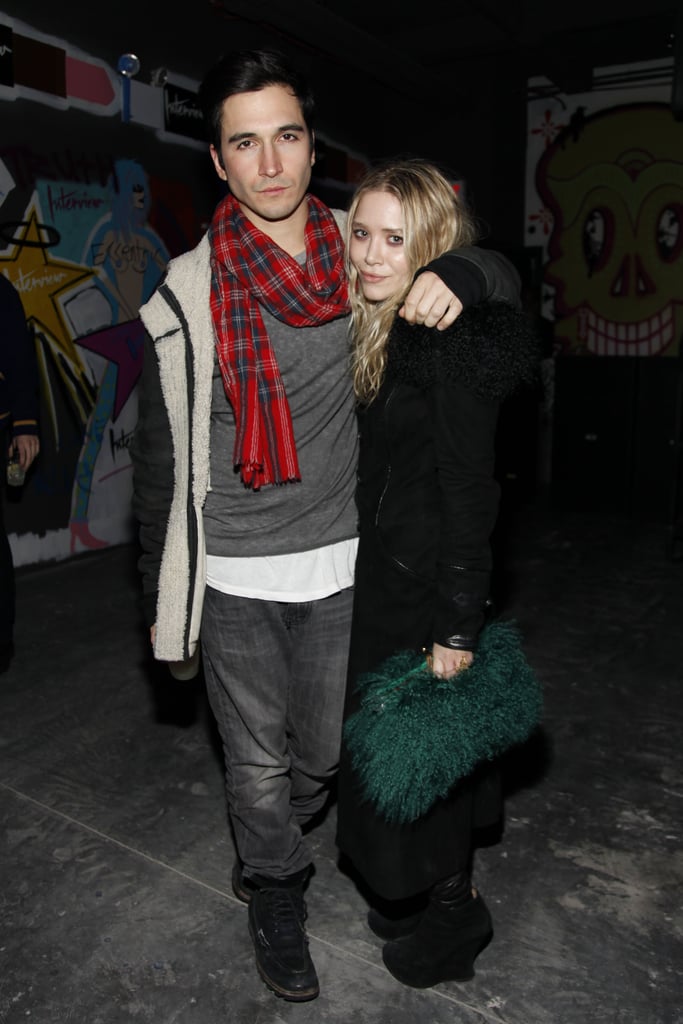 >> Two floors below the ground level entrance to the Hudson Hotel, Interview celebrated its 40th anniversary last night by christening Good Units, the hotel's new club.  The space still had remnants of its past life as a 1930s YMCA — wooden bleachers sat in the middle of the main room, providing seating for the likes of Subversive Jewelry's Justin Giunta and Edita Vilkeviciute — and above, where the room's indoor track used to be, party-goers got an eagle's eye view of the dancing going on below.  Archival Interview covers and graffiti by Brian Ermanski on the room's four walls gave the party a '90s vibe.

The crowd was teeming with notables, ready to kick-start Fashion Week.  Vena Cava's Lisa Mayock and Shipley and Halmos's Jeff Halmos found a less crowded corner near the bar to chat by while Halmos's design partner Sam Shipley fetched drinks.  Becka Diamond and Keegan Singh, arms linked, navigated the crowd and later, Singh's boyfriend Eddie Borgo appeared. Giovanna Battaglia, in a red and black leopard-print minidress, grooved to the music, while Derek Blasberg and Kate Bosworth, nearby, animatedly broke it down before scurrying off into the crowd.  Mary-Kate Olsen, who's gearing up for her first The Row presentation, as styled by Marie-Amelie Sauve, and Chloe Sevigny both chatted with Lazaro Hernandez.  A dark-haired Martin Cohn teetered in those Nina Ricci platform heels. And Dasha Zhukova, fresh off the purchase of a $19.5 million home in Los Angeles last month, flitted by in an emerald fitted coat.  All in all, not a bad way to start out the week.