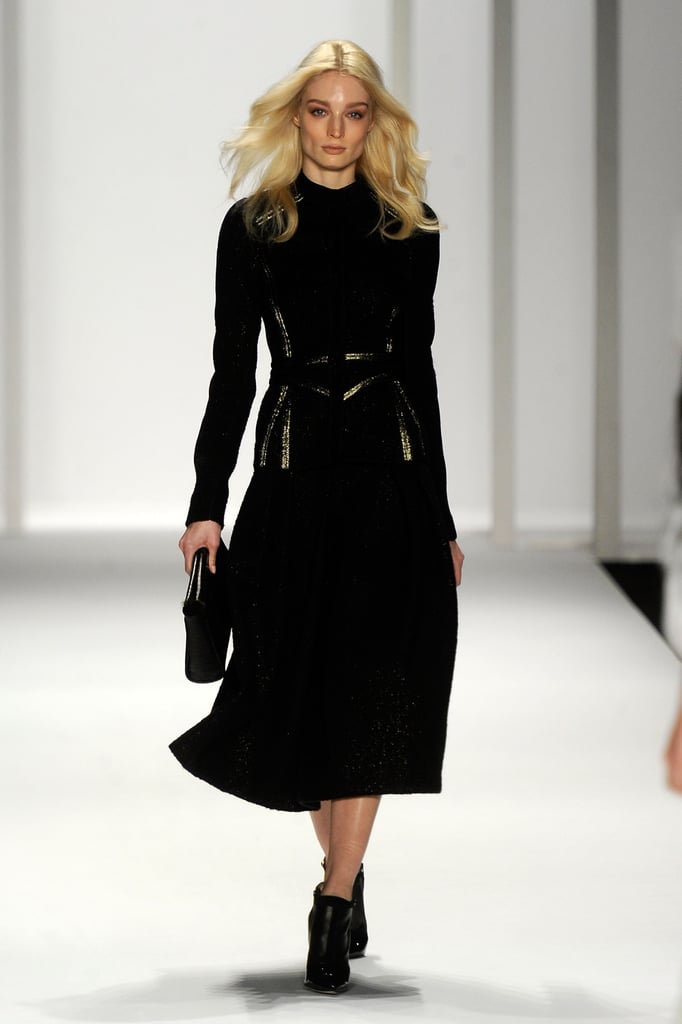 >> Eenie, meenie, miney, moe, which Olsen twin sat front row? Both did, actually — but that's beside the point. Or is it? By now, Giles Mendel's J. Mendel line is just as known for its red-carpet gowns as it is for its signature furs, and two pint-size megastars perched beside the runway really hammers that home.

But on to the main event. For Fall 2012, Mendel said he was inspired by Gaudi's architecture in Spain, as captured in an old Helmut Newton-lensed editorial for Vogue. "I feel like it spoke to the DNA of the brand. There's the luxury of materials, rich textures and curves, which I see sliding over the curves of a woman's body." To that end, there was plenty of luxury to be found — and plenty of architecture as well. The former came in the use of cashmere, alligator, fox fur, and silks, the latter in sculptural draping and geometric cutouts. Separates and outerwear were sharply-tailored with plenty of feminine charm: belted leather jackets and decadent fur coats draped easily over soft wool suits, wide-leg trousers, and long-sleeve frocks.

And the gowns? No disappointment there. The styles were as varied as they were breathtaking, with plenty of elaborate detailing: there were flowing chiffons, dramatic slits, embellished deco motifs, and some very artful asymmetric draping. A dress for every mood — and every red-carpet queen.