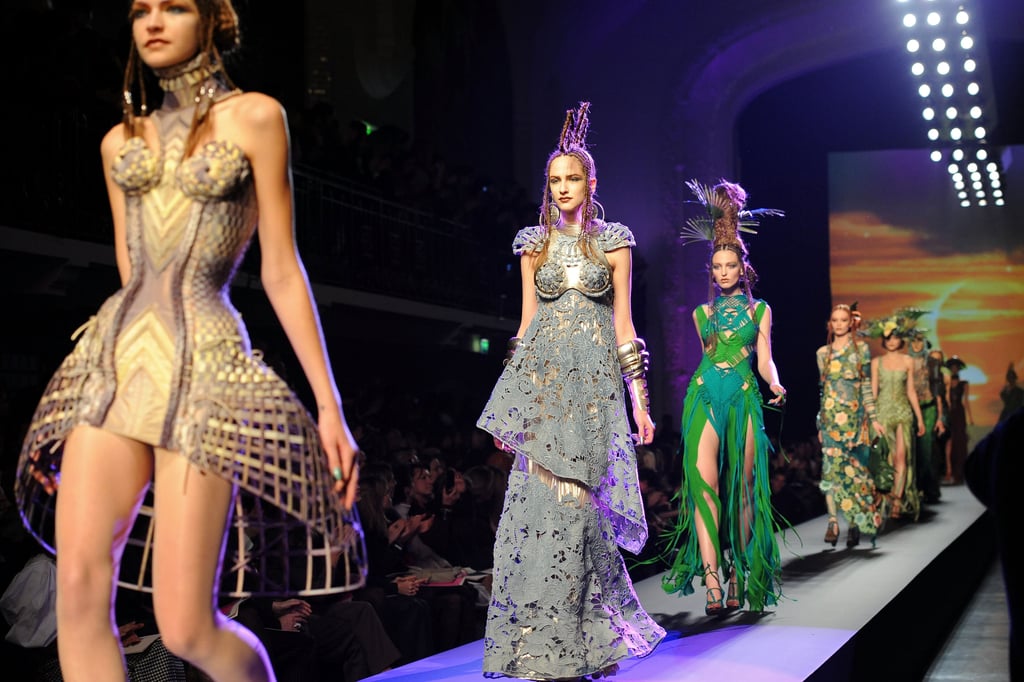 >> And then there was one.  With Christian Lacroix off the couture schedule, Jean Paul Gaultier is the only French designer left creating couture for a major house. Braids melded into mohawks, couture cowboy boots, sombreros, palm frond clutches, gauchos . . . as Gaultier explained it: “I saw the Avatar and, like everyone, found it extraordinary. And from there I began thinking of nature and ecology, and the Latin American tropics; and from there it was not very far to Mexico.”

Pre-show, Anna Wintour's bodyguard almost knocked Carine Roitfeld over — the knocks just keep on coming — and to finish out the show, Mexican-raised Paris-based actress Arielle Dombasle serenaded the audience before joining Gaultier in his bow. 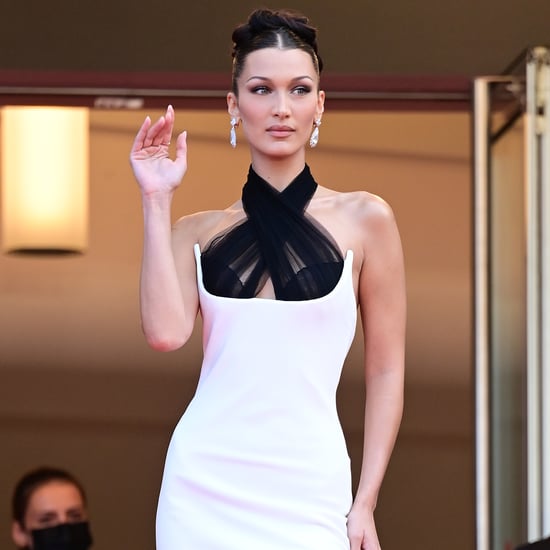 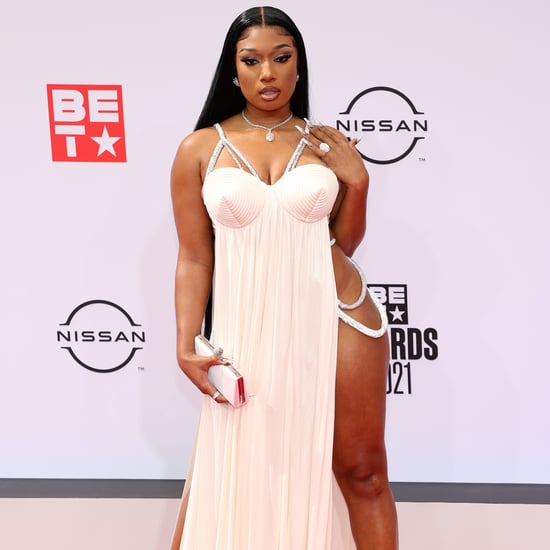