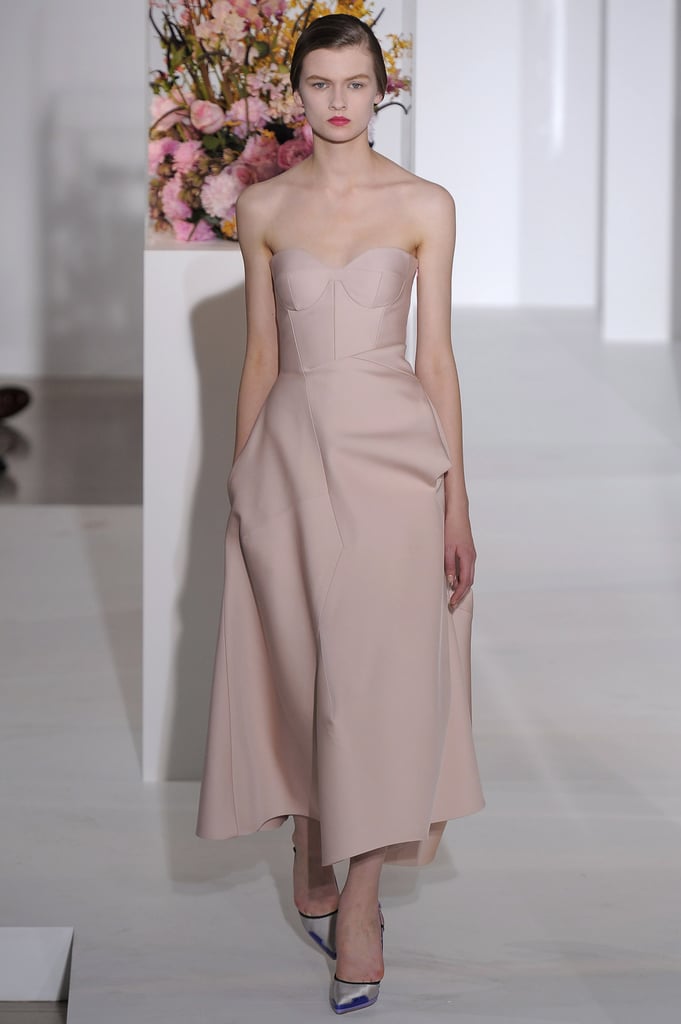 >> It's not every day that the finale of a fashion show is met with a tearful ovation or an audience that rushes the runway in unrestrained appreciation. As Raf Simons gave his final bow at Jil Sander today, he was met with both.

It was "moving and spontaneous, and certainly not like anything I’ve experienced in 25 years of covering the industry," Cathy Horyn reported of the show's final moments. Federico Marchetti echoed the sentiment saying, "Raf was in tears at Jil Sander, the purest moment in fashion since I started in this industry."

Regardless, it's true that wherever Simons goes he'll be just fine. Today's ice cream-hued swan song — which some say evoked a modern take on '50s Dior couture — was a triumph, not only in its breathtaking beauty, but in its optimism and promise as well.