Mint is making its rounds these days. Lindsay Lohan wore it to court recently, and last night Kaley Cuoco donned the pretty hue at The Academy of Television Arts and Sciences' gala in LA. Instead of wearing a classic black blazer, the actress opted for A.L.C.'s mint blazer with contrasting black lapels. With such a statement jacket, Kaley was smart to keep the rest of her outfit — including a Jennifer Meyer 'Sweetheart' necklace — simple. While a black blazer will serve you for way longer, it's so much more fun to throw on a colored jacket to top off all black. Since it's such a trend piece, here's a less expensive version you won't feel guilty spending money on. You can also wear your mint blazer to work with black trousers and a pencil skirt, or on the weekends with jeans and flats. Then come Spring, throw it on over a flirty floral frock or nude bandage dress. 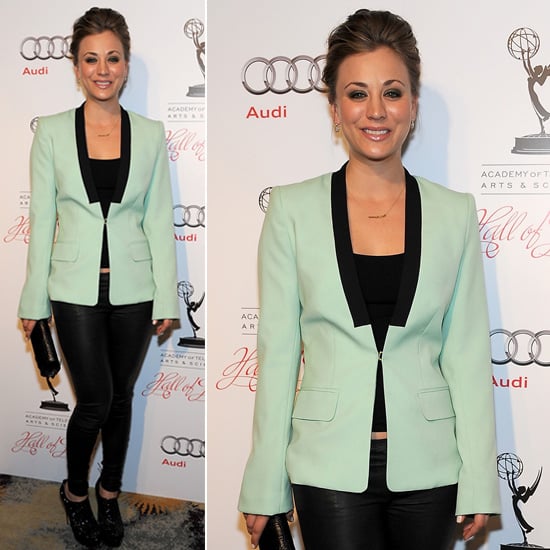