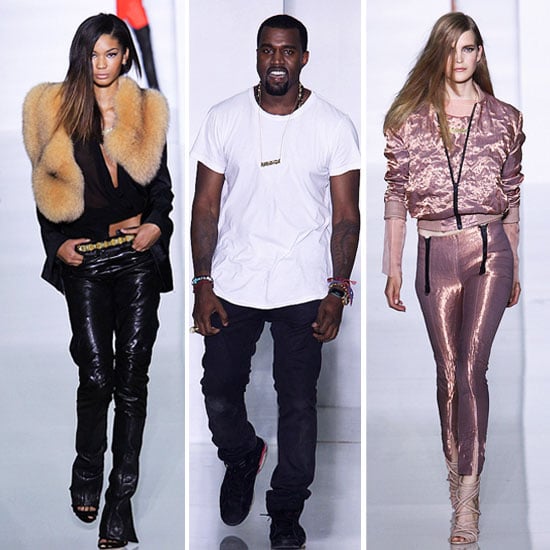 If you thought Kanye West's fashion show during Paris Fashion Week was a fleeting whim, think again. West is reportedly making a permanent move from LA to London so he can work more closely with his design partner, Katie Eary, and his Central Saint Martins mentors. Rumor or not, West still plans on continuing his fashion line and will be showing his second collection in March during Paris Fashion Week. His first collection, however, received critical reviews from editors like Suzy Menkes and the NYT's Eric Wilson, who noted poor construction and lack of creativity. We want to know, are you interested in West's fashion ambitions?

Fashion News
Kim Kardashian Accepts Her Fashion Icon Award in Balenciaga and Big Sunglasses — What Else?
by Sarah Wasilak 21 hours ago

Billie Eilish
Congratulations Are in Order For Billie Eilish, PETA's Youngest Person of the Year Winner
by Shelcy Joseph 6 days ago