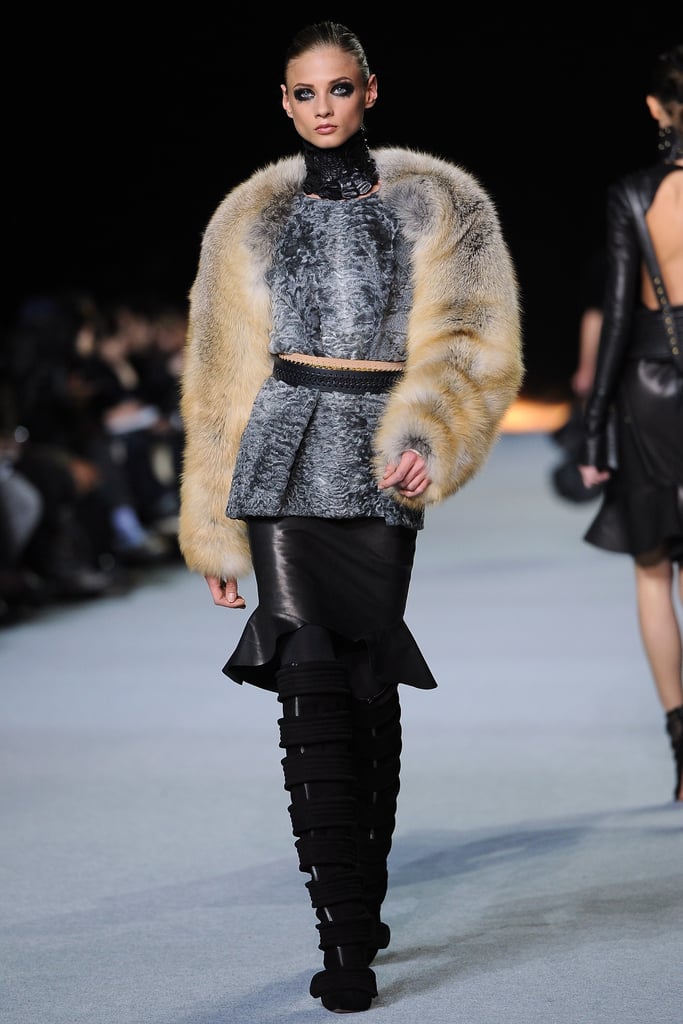 The collection itself was darker and more focused than last season, with body-skimming silhouettes, black leather, sheer panels, and plenty of fur. Most of last season's fit issues seem to have been resolved.

As for the general response? Overall, it's much better this time around, though the reviews are almost as diverse as the front-row crowd. Some highlights below:

"Like so much of West's music, this collection sampled material originally created by others: most notably Givenchy's Riccardo Tisci." [Telegraph UK]

"So Givenchy-esque that it's embarrassing that Givenchy designer Ricardo Tisci was an expected guest." [Wall Street Journal]

"A better sophomore effort. Clothes mostly fit! But must every garment be made from a pelt?" [Robin Givahn]

"A more thoughtful collection from a more humbled designer." [Styleite]

"There were only 20 looks, so no one can accuse him of not editing well." [Fashionista]

Kanye West
So . . . Yeezy Might Be Launching Beauty Products Soon
by Danielle Jackson 6/16