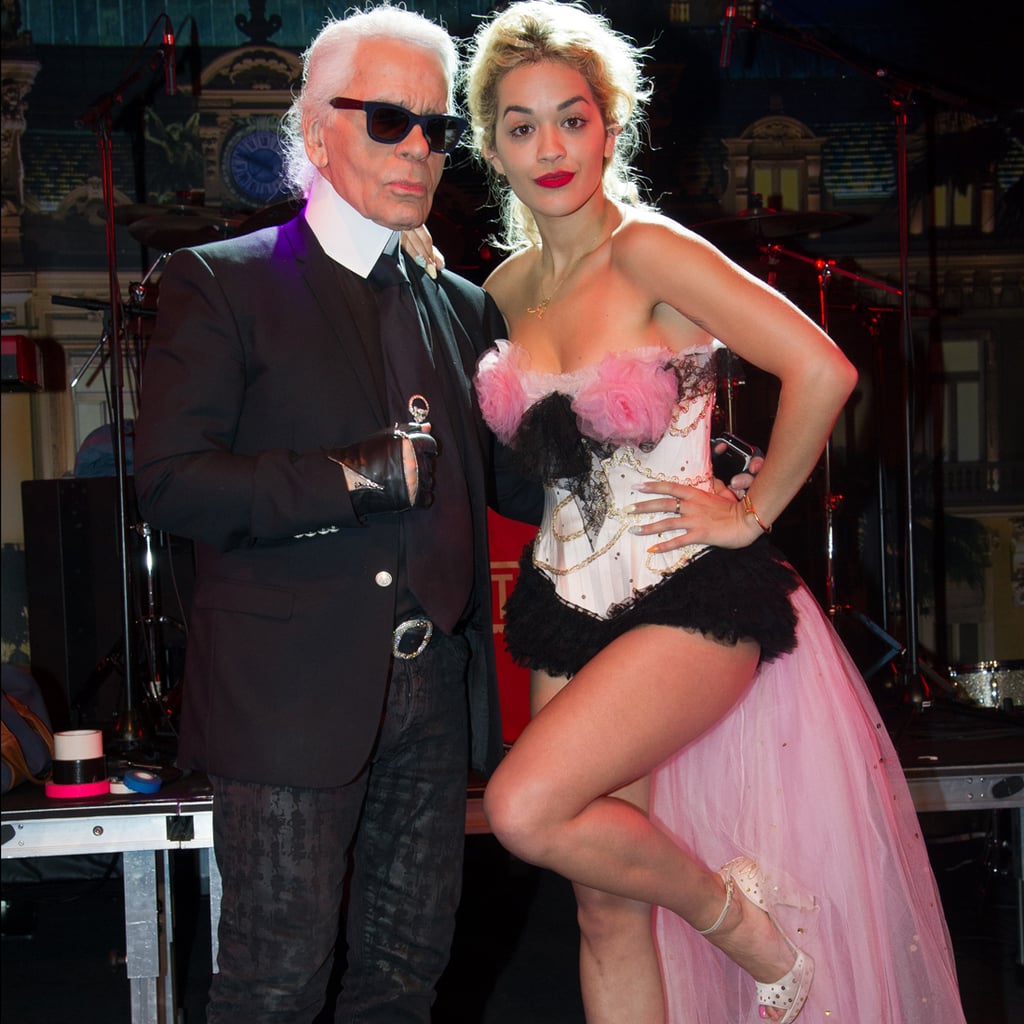 Inside the Karl Lagerfeld Edition of Monaco's Annual Rose Ball

Princesses and supermodels alike celebrated Monaco's annual Rose Ball this weekend, helped along by a little creative direction from The Kaiser himself. At the request of Monaco's Princess Caroline, Lagerfeld dreamed up Belle Epoque decor for the event, which celebrated the 150th anniversary of the company that owns many of the casinos in the principality, the Société des Bains de Mer.

That meant an illustrated backdrop featuring a woman in a turn-of-the-20th-century-style dress complete with a corset and a feathered hat, menus with even more of Lagerfeld's drawings, and a costume for singer Rita Ora.

Cara Delevingne — dressed in Chanel Couture — dined with Princess Charlene and Prince Albert II of Monaco, and Lagerfeld had a choice seat next to Princess Caroline. Antoine Arnault also attended the event — along with his girlfriend, Natalia Vodianova — clad in head-to-toe Dior. A look at who else showed up for the party — and what they wore — here in the gallery.

Previous Next Start Slideshow
Karl LagerfeldMonaco
Around The Web