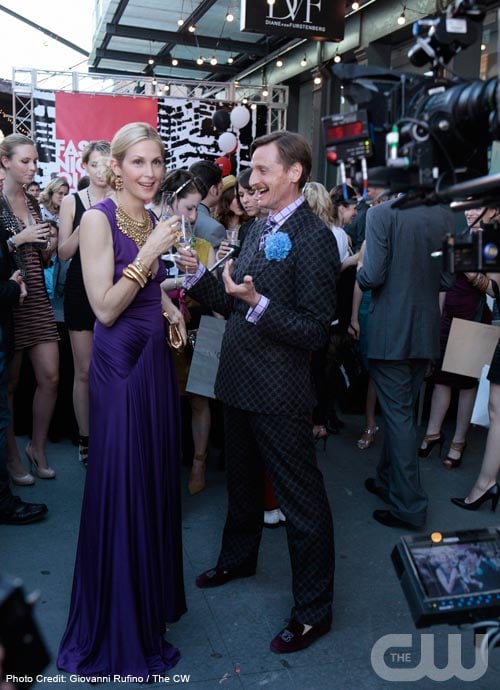 >> Vogue's Meredith Melling Burke isn't the only fashion fixture to make a cameo on the season four premiere of Gossip Girl.  The show, airing Monday, Sept. 13, also features Karlie Kloss playing herself at a Fashion's Night Out meeting — and she even has a line.  In the fictional version of FNO (which is featured in the first two Gossip Girl episodes of the season, the second airing Sept. 27), Lily Van Der Woodsen (Kelly Rutherford) and Eleanor Waldorf (Margaret Colin) are on the planning committee.  Although no pictures of Kloss or Melling Burke on set have popped up, there are a few of Hamish Bowles, who filmed with Rutherford for the second episode of the season, below.