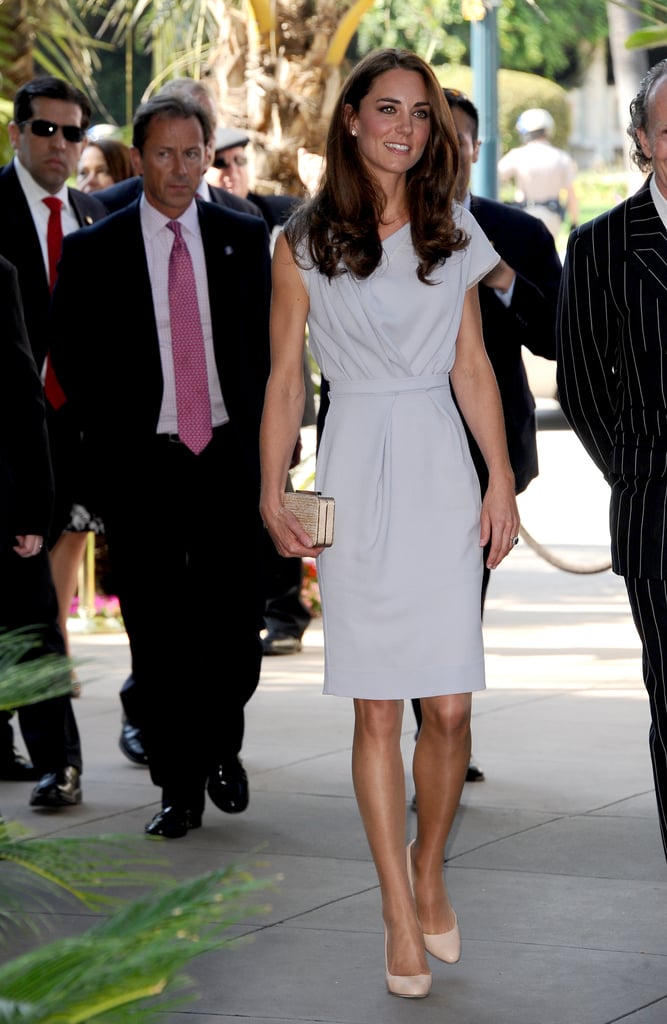 Prince William and Kate Middleton touched down in LA yesterday, the beginning of a whirlwind US trip that marks Kate's first visit to the US. What did she wear for the event? She emerged from the plane in a soft gray dress by London-based designer Roksanda Ilincic, but for a reception later at the British consul's home in Hancock Park, Kate changed into a green silk Diane von Furstenburg dress. Score one for the American designer! As for Prince William, he stuck to his navy blue suit. Here's a first glance at Kate's outfits, and to see the breathtaking number of outfit changes thus far, check out their North American tour lookbook.