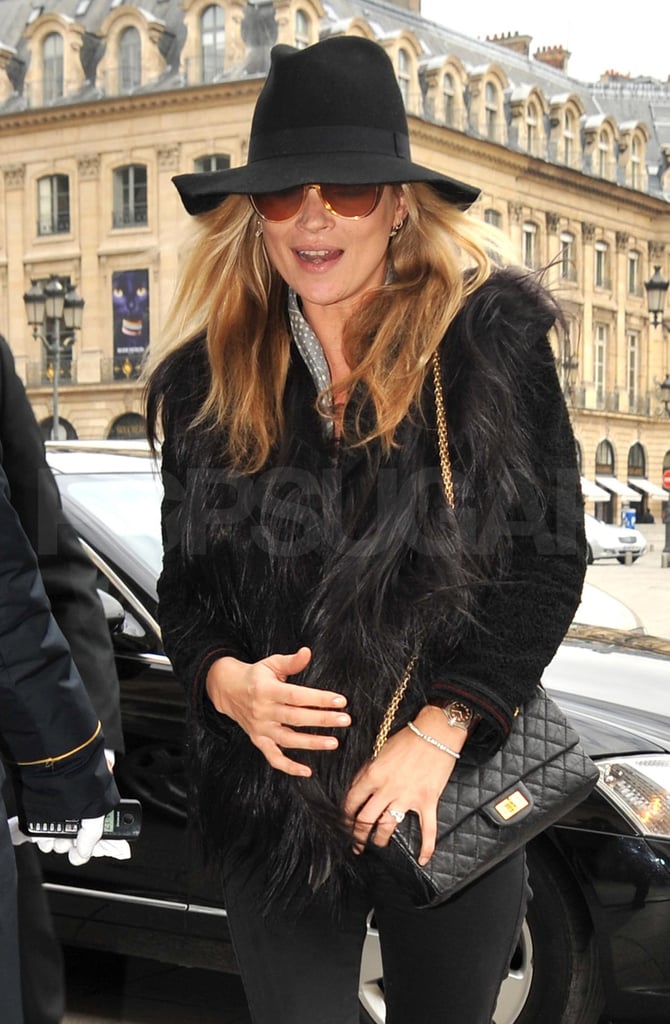 >> Kate Moss was spotted wearing a brand-new diamond ring on her ring finger today — and although she's worn diamond rings on that finger in the past (and been rumored to be engaged a number of times before), The Sun is reporting that she plans to marry her boyfriend Jamie Hince on July 2. A spokesperson for Moss's agency, Storm Models, didn't deny the reports: "We are making no comment. That may change later in the day, but at the moment there is no comment."

Apparently Hince, 40, proposed in bed on Tuesday night after Moss, 37, had turned out the lights to go to sleep, presenting her with a vintage 1920s engagement ring; Moss's daughter, Lila Grace Hack, is said to be acting as maid of honor. Moss and Hince were introduced by mutual friend Sadie Frost at one of his The Kills' gigs in September 2007.